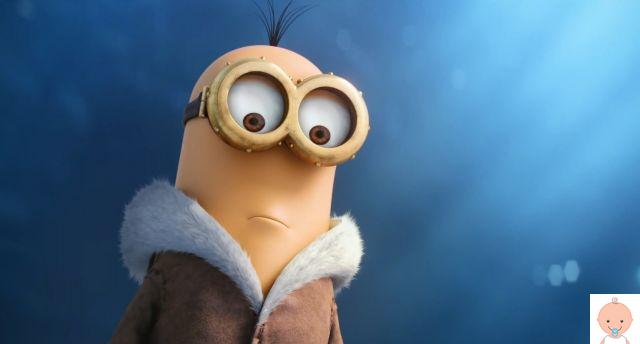 NAMES FOR CHILDREN INSPIRED BY MOVIES - In these days at Cannes one of the most important international film festivals is underway. Lots of stars who are parading in their wonderful clothes and many new films that will arrive on the the big screen Coming soon.

READ MORE Choose the name for your baby here

But precisely because we are in full atmosphere Hollywood we have decided to draw up a list of films whose title is the name of the protagonist and offer you a series of ideas to choose a name for the baby and maybe wish him ... a future as a star!

For example, the star par excellence, one of the most loved and unforgettable divas in the history of cinema: Marilyn Monroe. The recent film starring Michelle Williams tells the story and the troubled life of Marilyn Monroe, and has received excellent criticism and reviews, as well as a good success with the public.
Of course the village Mariolina it sounds less charming than the British Marilyn, the name comes from the union of Maria and Lina, and seems to refer to a modest and feminine woman. The opposite of Marilyn, which instead refers to charm and seduction, to a woman who does not like monotony and is constantly looking for love

READ MORE The most beautiful names chosen from the Bible

Moving on to male names we propose you Noah. Russel Crowe gives the face to one of the great characters of the Bible on the big screen. It is a classic and traditional name, perhaps by now very little used. It means "he who has relieved". Of course we all know that Noah is the one who built the ark to save the world from the great flood.

Returning to female names, here is Grace (in el village Grazia). TO Nicole Kidman the task of putting the face of one of the most beloved princesses in history, Grace of Monaco. Meaning of the name: beauty, gratitude, but above all "a gift from God". It is an extremely feminine name


For those who want a traditional name with its own history, here is Edward.
in 1990 Johnny Depp played an unforgettable character in Tim Burton's film: Edward scissor hands, a young man available, generous and with a big heart, despite the difficulties caused by his condition

Il meaning of the name? It means "watch over assets", of British origin, loves wealth but is down-to-earth and passionate


READ MORE The children of VIPs with strange names

And for those who want to choose a more original name with a long history here is Juno (Juno). Juno is the very young protagonist of this delightful film: she becomes a mother and chooses to give her child up for adoption
What is its significance? It comes from the Goddess Juno, and means youth. In the film, Juno is very determined, thoughtful, wise and a dreamer.

What are the most common names in Florence? ❯

add a comment of Names for children taken from cinema films