Neck of the uterus, what it is and how it changes during pregnancy and childbirth 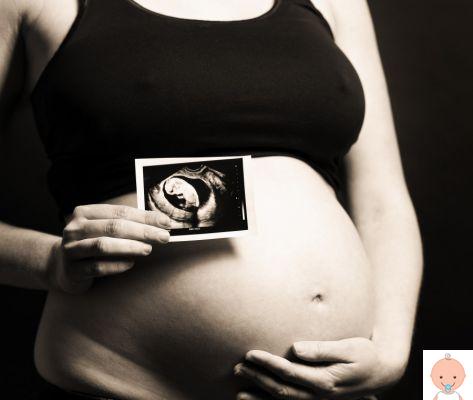 Neck of the uterus

Il cervix. We hear a lot about it from early pregnancy to childbirth. But what precisely is its role and how does it transform during gestation?

Also referred to as "uterine mouth" or "uterine cervix", the cervix is ​​only one of the parts of the uterus. The latter - a very important organ during pregnancy as it welcomes the embryo and initiates the pregnancy - is formed by a rounded upper portion, where there is the 'tubal entrance, also defined "body of the uterus", a short segment of passage, called the "isthmus" and the "cervix", in fact.

Let's find out what it is and how it transforms from the beginning of pregnancy to childbirth in this guide the cervix:

Read also: How to modify the uterus in pregnancy

Neck of the uterus, what happens in pregnancy

The cervix plays a passive but very important role during pregnancy. It looks like one narrow fibro-muscular canal which connects the body of the uterus to the vagina.

Throughout the period of pregnancy the cervix must remain closed to prevent premature birth of the newborn, but also spontaneous abortion or other problems for the fetus and the mother. The closure and length of the uterine cervix, in fact, are among the elements that the gynecologist carefully checks at each medical examination.

The task of the cervix is ​​to preserve the fetus and prevent infectious agents from reaching it. It is only when the mother goes into labor that the cervix changes. How we will see this better in a next paragraph.

Neck of the uterus and mucous plug

As previously stated, the cervix must remain closed throughout the pregnancy. Its opening, in fact, could cause miscarriages, premature births and fetal infections. The so-called mucous plug, which remains in place until shortly before the onset of labor, also keeps the uterus protected.

La loss of the mucous plug, in fact, which occurs from a few days to a few hours before giving birth (it is difficult to predict when the prodromal phase will begin from its expulsion). Surely, however, from the moment of his loss, labor is near and it is also near transformation of the cervix, whose change (shortening and crushing will determine the birth of the baby.

Shortening of the cervix

During the first few hours of labor, the cervix begins to flatten and dilates, creating a channel for the baby to pass through. The shortening of the cervixtherefore, it corresponds to its dilation and to the dilating phase that precedes the expulsive one.

It may happen that the cervix shortens prematurely, in which case the mother will have to rest to avoid premature birth and in some cases be hospitalized to ensure that the gestation continues as long as possible.

In the case of a normal pregnancy, without particular problems, the uterine cervix remains closed and about 3 centimeters long, during labor the cervix gradually decreases its length, thins and finally opens to allow the baby to be born.

How long does it take for the cervix to shorten

The times ofshortening of the uterus they are not the same for all mothers. After the loss of the mucous plug, the cervix begins to dilate slowly, followed by contractions which - initially - are spaced apart, not regular and even bearable for the mother. As you enter labor, the cervix shortens more, dilates, until it flattens on the walls of the vagina. In this way a real channel is created, through which the newborn can pass.

Once 8-10 centimeters of dilation are reached, the contractions increase and the baby is close to birth.

If labor does not proceed according to these steps, the contractions are slowed down, the amniotic sac is broken by the midwife with the so-called practice of amnioresis (artificial rupture of the amniotic sac by means of a sort of hook) and despite this the expulsive phase does not delivery, it will be necessary to induce delivery with oxytocin.

Audio Video Neck of the uterus, what it is and how it changes during pregnancy and childbirth
How to cope with the heat when pregnant ❯

add a comment of Neck of the uterus, what it is and how it changes during pregnancy and childbirth