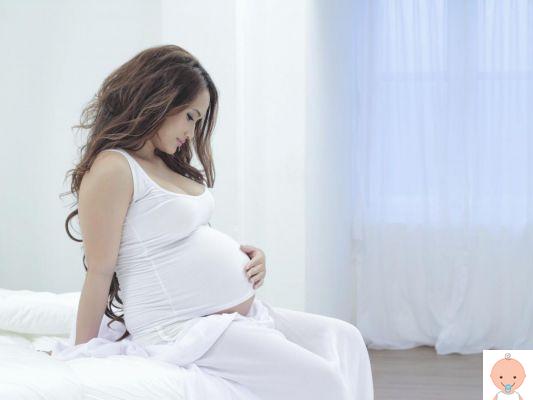 There are more and more facilities and clinical laboratories in the country that offer the possibility of carrying out a blood test to diagnose the presence of fetal chromosomal malformations.
Being able to say goodbye toamniocentesis and villocentesis, invasive tests that procure a minimal risk of abortion, it would soon be a concrete one opportunity.


Karyotype examination: what it is and how it takes place


The fact remains that these tests are not guaranteed by the National Health Service and have a cost quite high (around 1000 euros).

A little less than a month ago in the city during the Congress of the Society of Gynecology and Obstetrics (SIGO) the latest news in the field of blood tests in this sense was presented. This is the Genetic-TEST which allows "the identification, both of the most common chromosomal anomalies, and of some microdeletions (the loss of microscopic fragments of a chromosome) responsible for the onset of serious syndromes."


Pregnancy: the special tests to do


As explained by Giuseppe Novelli, Professor of Genetics at the University of Tor Vergata, the test represents the greatest novelty in the field of prenatal diagnostics in recent years: "with this test it is not only possible to identify the correct number of chromosomes, but also of structural anomalies of the chromosomes and affecting more genes: the examination allows to analyze from two to 10 million bases, identifying what we call 'genomic pathologies'.

But what do these consist of test and what is theirs reliability?
The test consists for the woman in a simple blood test which can be done as early as the tenth week of gestation which is then analyzed for fetal cells found in the maternal blood. These cells are then examined for anomalies chromosomal.
This type of examination is capable of identifying the down syndrome (trisomy 21), but also trisomy 18 and 13 with an accuracy of 99,5% and 90% respectively.

From maternal peripheral bloodtherefore, it is possible to obtain important information about the fetus, without compromising gestation in any way. The crux of the definition of these tests remains. It's always about probabilistic examinations, exactly like the bitest, while those diagnostic only amniocentesis and CVS remain.


In fact, as Enrico Ferrazzi, Professor of Obstetrics and Gynecology at the University of the city points out, "this genomic test offers us the possibility of adding to the 'combined test' (nuchal translucency) a non-invasive tool to investigate the risk of having a healthy fetus and exclude the presence of the most frequent chromosomal anomalies ".

This means that in the event of a negative outcome the woman should still undergo amniocentesis for confirm the diagnosis.

Parenteral nutrition for premature babies, how it happens and why it is important ❯