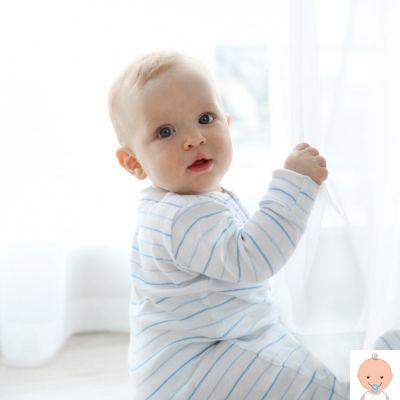 Those who love masculine names that are not very common and with an exotic flavor, can appreciate the name Omar. Today we discover in this guide the origin, the meaning, the name day and the curiosities about Omar, name for boy.

What is the etymology of the name Omar?

There are several possible interpretations of the origin and etymology of the name Omar. On the one hand it may originate from the Arabic Omar (Umar) based on the term 'umr which means "flowering" but also ""vita"", on the other hand it can also derive from the true amara which means build.

What is the meaning of the name Omar?

According to sources that trace the origin of the name Omar to the Arabic term 'umr, then in a broader sense Omar can mean "full of life"" great ", but also"long-lived", so it is certainly an auspicious name.

But it can also mean "builder"according to who traces the origin of the name to the verb amara which means to build.

Finally, it should be remembered that one of the sons of Eliphaz, the firstborn of Esau, was called Omar in the Old Testament, which is therefore also a Hebrew name, and is interpreted as "the one who speaks", or" eloquent ".

What is the spread of the name Omar?

Omar it is a very common name in the world Arabic, but it has also entered the West, including the country, thanks to the growing trend of wanting to give children an exotic and rare name. The chivalric novel The Thousand and One Nights, as well as the actor's popularity, also contributed to the spread of Omar all over the world. Omar Sharif.

In el country, according to i ISTAT data related to the most common names, the popularity of this name in our country has, however, declined in recent years: in 1999 427 babies were called Omar, while in 2022 there were only 312.

When is Omar's name day?

The name Omar is adhespota so the name day is celebrated on All Saints' Day on 1th November.

There are no saints which bear this name and that is why no date has been set to celebrate the name day.

The name Omar is widespread in the Arab world:ʿUmar ibn al-Khaṭṭāb he was one of Muhammad's companions. He became the second Islamic caliph and is considered one of the founders of the Muslim state. It is also very well known Umar Khayyām, one of the most important mathematicians, astronomers and poets of the medieval era.

Others Arabic male names quite common in our country are:

What are the characteristics of the name Omar?

How is Omar's personality? It's a man Reserved, a person tranquilla who never does anything without first measuring the consequences of his actions. He almost never loses control, he is lonely and prefers to solve his problems without anyone's help.

Her scientific mind it prompts him to rely on rational things rather than chance or intuition. Although he always manifests great determination in carrying out his duties and respecting his duties, at times he needs the encouragement of those around him to find the strength to overcome the obstacles that face him.

For sure Omar is a man of great temper: has a lot of energy and stamina. He is balanced, intelligent, curious and interested in everything. He is a discreet, combative, proud person. Omar is sentimental and often cultivates his own feelings and emotions in the intimacy of him, he hardly manages to externalize them. Omar is capable of great sacrifices for those he loves and is ready to help others without expecting anything in return.

What profession will Omar make? He certainly has a good business sense. He is ambitious and will do everything possible to be successful. Probably he will devote himself to professions of a scientific, technical, ecological nature.

What zodiac sign is associated with the name Omar?

Omar's character is similar to that of the Virgo natives. A responsible person, who knows how to organize himself perfectly to complete his tasks, sensitive and constantly looking for new challenges.

What is Omar's precious stone?

Omar's precious stone is theagata: a gem that can bring him wealth and courage and also evokes his seductive and protective side.

What color is associated with Omar?

Il green is the color associated with Omar, a symbol of concentration, hope and fulfillment.

What is Omar's lucky number?

Omar's lucky number is 7, considered the number of philosophy, introspection and spiritual research, but also of solitude.

What song should you dedicate to Omar?

Homeopathy during childbirth, for faster and less painful labor ❯

add a comment of Omar name for child: etymology, characteristics and name day and curiosity