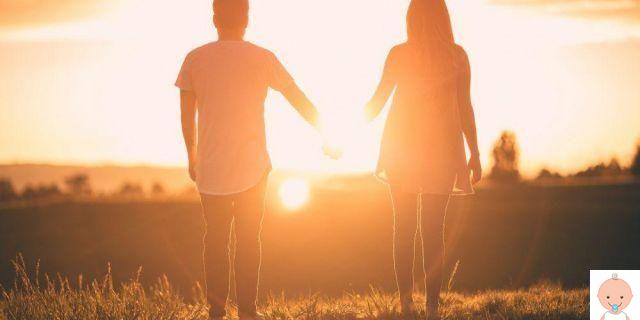 Those looking for a pregnancy look forward to this moment with anxiety: ovulation. This is where the game is played, that is, from the moment in which the follicle bursts and releases the egg, that is, that micro particle that could turn into a child. Here is the most useful information to know about the ovulatory phase of the cycle.

When the follicle is mature and has increased in size, it releases the oocyte which goes up into the fallopian tubes. This is the magical place where the encounter with the sperm and the eventual conception will take place. Only then will it descend towards the uterus, where it will nest for the next 9 months. The ovaries alternate: one month ovulation occurs in the right one, the next month on the left. Meanwhile, the walls of the uterus continue to thicken and prepare to best accommodate the egg in case it is fertilized.

Ovulatory phase and the search for a pregnancy

Those looking for pregnancy obviously want to know when ovulation occurs and, consequently, what they are fertile days, those in which it is easier to "peck the stork". In general, in a 28-day cycle, ovulation occurs around the 14th. But beware: this is not a rule. Depending on the length of your period, you can ovulate earlier or later. That is why it is important to recognize the information the body transmits when this happens. For example, some women suffer from painful ovulation, while others don't notice anything.


Ovulation coincides with the peak of fertility, but this does not mean that you cannot get pregnant even with intercourse in the previous days, particularly in the 3 days before the follicle releases the egg. The spermatozoa are able to survive even for 5 days. The egg, on the other hand, has a much shorter life: if it is not fertilized, it dies within 24 hours.

The human body is a wonderful "machine" and is perfectly capable of sending very clear signals that ovulation is taking place. You may have already noticed, but if you are not and are planning a pregnancy, it's time to get to know them well.

Ovulatory phase of the cycle and ovulation test

Do you want a little help to find the most fertile days? Rely on ovulation tests. They are sticks similar to normal pregnancy tests and have a very simple purpose: to identify the days in which to "target" sexual intercourse to increase the chances of a pregnancy. In short, it is a system for optimizing one's chances of becoming parents.


These tests detect the presence of luteinizing hormone (LH). When its level increases, it means that the ovulatory phase is near and, consequently, you are already fertile. Typically, this happens 24-36 hours before ovulation. This is therefore the time to focus relationships. The more sophisticated tests also detect the presence of estrogen, which also grows near ovulation and promotes conception. The higher their level is detected with the sticks, the more likely you are to have a nice baby bump in a short time.

The LH hormone is detected in the urine, just like the beta HCGs which indicate that pregnancy has begun. You must then wet the stick either directly under the flow or by immersing it in a container where the urine was collected and wait for the result. The advice is to always do these tests at the same time and possibly in the morning because the urine is more concentrated. In any case, you should avoid drinking a lot before taking the test and peeing for the previous 4 hours.

When to use ovulation tests

The tests are used 2 to 4 days before the presumed ovulation. If you have a 28 day cycle, you can start using them on the 11th because you should ovulate on the 14th. With an irregular cycle, you will likely need to use them for a longer period of time.

Warning: if you have just stopped the birth control pill, if you are taking certain fertility drugs, if you have been recently pregnant or suffer from polycystic ovary syndrome, talk to your gynecologist. You may have false positives.

Ovulatory phase of the cycle and basal temperature

The measurement of the basal temperature (tb) can be an ally in the search for pregnancy. You just have to learn how to do it and how to interpret the results. Some women use it in the opposite direction, that is, as a contraceptive method: understanding which days are the most fertile (which is the purpose of this system), they avoid having sexual intercourse precisely in that period, postponing them to moments less favorable for a pregnancy.

When using this method, you must accurately record the temperature trend, in particular its rises. Keep in mind that, in the first part of the cycle, it is lower, while it rises by a few tenths when the levels of progesterone increase and you are in the ovulatory period and therefore fertile. At the end of the month you will have compiled a kind of chart: search the internet for a template to download.

You need to be very thorough. The basal temperature is measured in the morning as soon as you wake up, possibly at the same time, after sleeping at least 4-5 hours in a row, before getting out of bed and going to the bathroom. It starts on the first day of the menstrual cycle and continues throughout the cycle. Always use the same thermometer: it can be the classic one you already have at home, but on the market there are specific ones for tb. The temperature can be taken rectally, vaginally and orally. Pay attention that there are no local inflammations that could interfere with the measurement (vaginitis, canker sores, gingivitis, hemorrhoids).

How the basal temperature changes

About 24 hours before ovulation you will notice a sudden drop in temperature. From now on and for the next two days, you will have a better chance of becoming pregnant. Over the next two days the temperature will tend to rise slightly and stay that way. If the upside lasts a long time and the cycle does not appear, there may be some good news!

It should be emphasized that the body temperature can be affected by various factors: viruses, irregular sleep, jet lag, alcohol intake, stress. Also, no days should be skipped.

add a comment of Ovulatory phase of the cycle, things to know