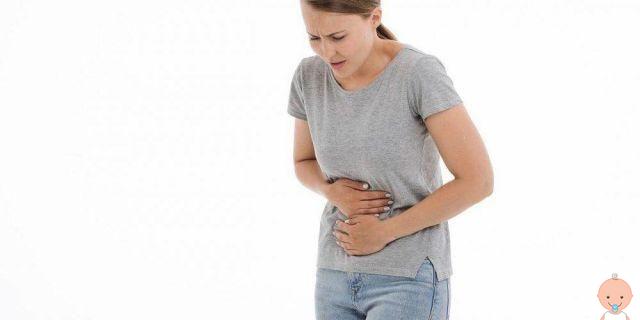 Every month, more or less punctually, our ovaries release an egg ready to be fertilized and give life to a new creature. In most cases, we become aware of what is happening inside our body and hopefully wait for the pregnancy to begin. For some women, on the other hand, the ovulatory phase of the cycle is characterized by annoying, sometimes even disabling symptoms. We are talking about painful ovulation, a phenomenon that is not very frequent, but which can occur.

What is painful ovulation

Painful ovulation is also called with a German term, Mittelschmerz, which translated means "mid-cycle pain". Certainly not a casual name that indicates a painful syndrome that accompanies ovulation. This usually occurs towards the middle of the cycle, especially if it is regular. For example, in a “classic” 28-day menstrual cycle, ovulation occurs around the 14th. And for some women they are pains!

How long does the pain last

The duration of the pain is subjective. Sometimes it passes within a couple of hours, without doing anything special. In other cases, however, it also lasts a few days, becoming even disabling. There are women who experience it every month, while for others it is an absolutely sporadic episode. There are also those who, throughout their fertile life, do not try it even once.

It is still not entirely clear what the mechanism that triggers the pain is, but there are various hypotheses. According to one of these, the culprit would be the follicle that grows, pressing on the wall of the ovary. Another cause of the pain instead would be the bursting of the follicle when it frees the oocyte.


This process, which causes the egg to be released from the ovary and back towards the fallopian tubes, causes a leak of fluid that can trigger the inflammatory process. In turn, this causes pain that disappears as the liquid reabsorbs. Another possible cause of the uncomfortable sensation is the contraction of the fallopian tubes after ovulation.

It can happen that painful ovulation is caused by another disorder and not simply by the normal physiological processes that occur in the woman. For example, if the symptoms do not disappear quickly or if they recur promptly every month, it is advisable to talk to your doctor who will do more in-depth investigations. Problems behind painful ovulation include:

Pain is the main symptom. It can appear suddenly, like a twinge. It usually starts from a specific point on the abdomen, at the ovary that releases the egg. Generally there is an alternation of months: if in March we ovulate on the left, in April we ovulate on the right. If the pain then occurs regularly, it may alternate. It is also true, however, that there are women who always experience it from the same side.


Other disorders that may occur are nausea, tiredness, general malaise, spotting (light bleeding), swelling of one or more lymph nodes in the groin. As we have already mentioned the duration of the symptoms varies.

Indulge a little what your body suggests. If the pain is bearable and, above all, transient, nothing special needs to be done. If it becomes persistent and you feel unwell, you can take a pain reliever. Always ask your doctor what to take. An old grandmother's remedy, but still quite effective is lying in bed with a hot water bottle: it will relieve discomfort and cramps.

In the event that ovulation is very painful and recurs every month, the gynecologist may recommend taking the birth control pill, obviously if you are not looking for a pregnancy. This hormonal contraceptive actually blocks ovulation, so it solves the problem upstream. In addition to the pill, there are other types of hormonal contraceptives that act in the same way, such as the patch, the ring, the subcutaneous implant.

The symptoms of ovulation are many: cervical mucus increases and becomes more elastic, there are variations in the basal temperature, sexual desire increases. In some cases, ovulation is painful. And this is an advantage for those who want to have a baby: it is the signal that you are in the middle of your fertile period. And you have to take advantage of it. Conversely, if you are not looking for the "stork", you have to pay attention.

Pain can be a little annoying in sexual intercourse. However, it should not have a negative impact on the chances of conception. The problem may rather be if there is any disease, such as endometriosis.

Ovulation in pregnancy, is it possible? ❯

add a comment of Painful ovulation, what it is and how to treat it