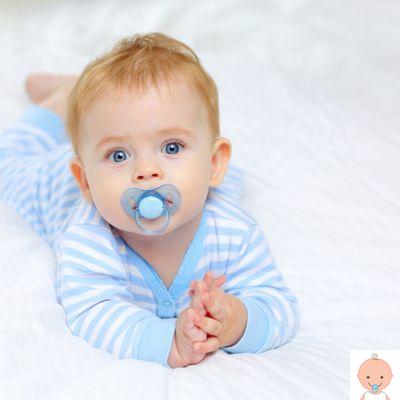 Those who love traditional male names, of ancient origin and also of biblical evocation, here is the guide to the name Paul: we discover many curiosities and information.

Etymology of the name Paolo

The name Paolo derives from the Latin "paulus", which means:" small, weak ". The term is also linked to Paulus, Roman surname of the gens Aemilia.

Meaning of the name Paolo

The name Paolo means "small and humble", but also "of small quantity". In Roman times it was probably imposed on the younger son, in a broad sense, therefore, "the smallest".

How common is the name Paul?

In Roman times the name was particularly widespread and above all referred to the youngest son. In Christian times its meaning was above all linked to the idea of ​​"humble", also thanks to the figure of Saint Paul and other saints who bore this name. The Christian cult meant that the name persisted in the town throughout the Middle Ages, even during the Lombard and subsequent dominations.

It is a male name that is still very popular today, although certainly less widespread than a few centuries ago. According to the ISTAT data related to the most popular names in the country, in 1999 they were called Paolo 1919 babies, while in 2022 the absolute value dropped significantly to an absolute value of 673.

Paolo in other languages

When is Paul's name day?

Paul's name day is the 29nd June, when the Church remembers Saint Paul, apostle and martyr. But there are also other saints who bear this name.

Who was Saint Paul?

San Paolo (the original name was Saul) was born in Turkey, around the year 5 or 10. A Jew and a Roman citizen, Paul went to study and work in Jerusalem. There he participated in the persecution of Christians, but then following the appearance of Jesus, he was converted, was baptized and became an apostle. He spent his entire life evangelizing and traveling. Arrested, he was convicted and executed in the city, around 67.

How is Paul's character?

Paolo is a person generous who does not hesitate to help others. He is demanding, but he knows how to show tenderness towards those close to him. He is shy by nature, but his great sense of diplomacy allows him to show nothing. Paul is patient, its philosophy is: "Advance slowly, but confidently". He doesn't like setbacks, he always takes care to study the different scenarios before making any decision. He never misses an opportunity to learn and discover new things. She has a strong sense of family and is committed to offering the best to her loved ones.

Its strong personality inspires respect: Paul is a man of action, enterprising, stubborn. Apparently authoritarian, in reality it only masks a certain shyness. In private he is a man tender, while in public he can appear rather aggressive and with a difficult character. He is a hard worker, with a deep ethical and moral sense, he is a perfectionist. In short, he is a good man who loves to breathe life deeply.

Paul often is short-tempered, but at the same time courageous and does not hesitate to face dangers. Behind his authoritarian aspect of him, he is a great sentimentalist.

What profession will Paul make? He can find great gratification in dedicating himself to others who are most in need (ie doctor, nurse, teacher, social worker).

What zodiac sign is associated with the name Paul

Paul is associated with the sign of Cancer: often shy and insecure, endowed with extreme sensitivity, he is very attached to the family within which he finds peace and certainty.

What is Paul's precious stone

Paul's birthstone is theopal who manages to ward off sadness and strengthen his joie de vivre.

What color is associated with Paul

The name Paolo is linked to color red: extravagant in nature, red symbolizes the contrast between love and anger, courage and danger, or even sensuality and sexuality.

What is Paul's lucky number

Paolo's lucky number is the 5, symbol of a new starting point for new challenges, but also of ambition and change.

What song should you dedicate to Paolo?

We chose "Via con me" by Paolo Conte.

add a comment of Paolo, name for child: origin, meaning and curiosity