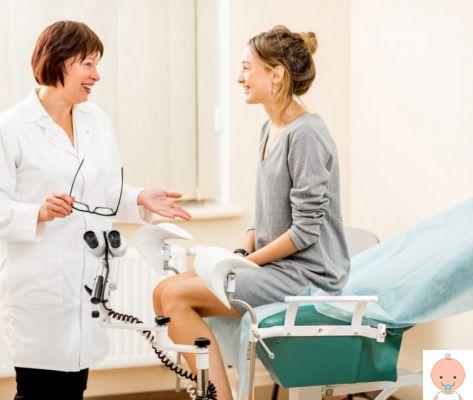 Pap Test, what is it

Il PAP test is a screening test that is performed on women who do not have particular symptoms and which is used to diagnose early cancer of the uterus (cervix) and other anomalies that could become tumors over time. We see what is the Pap test, how to do it, how often it should be done and what infections it can detect.

Does the Pap smear hurt?

He Pap Test it is not a painful exam: during a normal gynecological examination, the doctor will first insert a lubricant and then the speculum. With a special spatula, he will remove mucus from the cervix and the cervical canal. He will put it on the slide which will then be sent to the laboratory for analysis.

Pregnancy is not only not a contraindication to the Pap test but is part of that group of routine tests that are prescribed at the beginning and end of pregnancy.

Some women may experience light spots after the test, due to the sensitivity of the cervix during pregnancy, but a Pap smear is not likely to inadvertently cause a miscarriage. Why? Usually, the fertilized egg is implanted higher in the uterus and not near the cervix.

Pap smear: when to do it?

When to get a Pap test? The withdrawal must be made in the period between 3-5 days after the end of menstruation and the 3-5 days before the start of menstruation. Before the exam, you must refrain from sexual intercourse.

Pap tests are offered by the National Health System and are therefore free when you join the screening.

Thanks to the continuous progress of research, a new screening method is now available: theHPV DNA test. This examination allows to identify the presence of DNA of high-medium risk HPV strains, even before the cells of the cervix show alterations detectable with the Pap test.

Also in this case it is a painless withdrawal.

Pap smear how often to do it?

Since the introduction of the Pap test in screening on the female population has helped to reduce mortality from cervical cancer, it should be performed every three years by all women after the start of sexual activity or in any case starting from 25 years of age. The examination must also be done after the age of 65, even if they have stopped their sexual activity.

What happens if the Pap test result is positive? In this case the woman is invited to take a second level exam, therefore more in-depth, called Via/ Villi. This examination is performed using a special instrument and stains that allow you to have an enlarged view of the cervix and to highlight any lesions that have also been highlighted by the pap test. At this point we will proceed with a biopsy to help understand the nature of the lesion.

What infections does the pap smear detect?

The pap smear is mainly used to identify lesions attributable to a cervical cancer. But it is also useful for highlighting uterine infections due to bacteria, fungi and viruses.

What does it mean when the Pap smear is inflammatory? It means that there is probably a pathogen present, such as a candida, which does not cause symptoms but is still highlighted by the examination and which makes it difficult to read the test result.

Pap smear in pregnancy, everything you need to know ❯