Part time post maternity: all the rights of a working mother 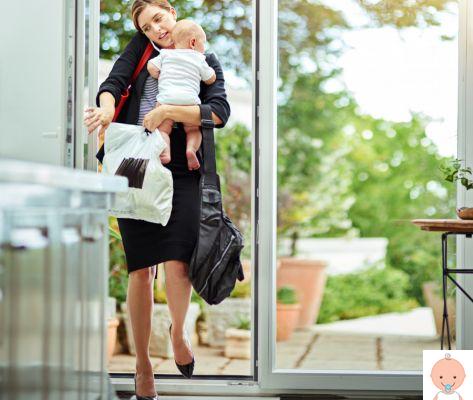 Reconciling work and family is not easy, you know. For this reason it happens more and more that the working mother chooses a solution as a "Part time contract". He therefore decides to reduce his working hours but also his salary.

The world of work sees the pregnancy of an employee as an obstacle to corporate productivity and often women are forced to leave work in order to be with their baby. In the country there are some guarantees for working mothers, both during pregnancy and after maternity.

The new measures on conciliation launched by the Renzi government offer the possibility of giving up parental leave in order to have six months of part time in exchange. This measure is found in the legislative decree implementing the Jobs Act which restores order on contractual forms. Parental leave is paid at 30 percent of the salary, with part-time earning little more.


Article 7 of the decree better defines and extends the hourly leave. In practice, the worker has the opportunity to build a tailor-made part time in the period of return from motherhood spreading parental leave horizontally on their working hours. Today a couple of employees can count on 11 months of absence from work in the event of the birth of a child. Those enrolled in the separate management must be satisfied with three months that only the mother can take. On the one hand, by introducing part-time work in exchange for parental leave, an attempt is made to encourage women to leave the workplace as little as possible. On the other hand, by extending the possibility of taking advantage of the child's leave up to the age of 12, the coverage of the parental leave itself is extended.

The overall discipline on the maternity protection (Legislative Decree 151/2001 and Law 53/00) considers a mother's request for part-time to be well founded and acceptable if she wishes to take time off work to assist her young child. Article 57 bis of the commercial CCNL also emphasizes that the working parent can submit the request to part time.

Is it mandatory for the employer to accept the application at part time?

The CCNL also emphasizes some limits as regards the acceptance of part-time applications: for example in companies made up of a limited number of workers, part-time may be granted to no more than one worker, according to company productivity. This means that the new mother may run the risk of her application not being accepted. The refusal to temporary transformation from full time to part time can be legally challenged and it remains the responsibility of the employer to demonstrate the company's productivity needs and the impossibility of hiring another worker for the remaining time.

In the tertiary CCNL the part-time post maternity leave allows workers hired full-time indefinitely to assist the child up to the age of 3. With maternity, in the trade contract, companies are obliged (up to a maximum of 3% of all company workers) to accept requests for temporary transformation of the employment relationship from full time to part time. In the case of companies with 20 to 33 employees, there can be no more than 1 part time post maternity leave, for work and management needs. In the event of multiple applications, the employer will prioritize the applications submitted earlier.

The request to move to part-time for maternity must be submitted with 60 days notice and must indicate the period for which the reduction of working hours is requested.

In short, the new rules aim to ensure additional guarantees to workers, even more so if they are parents, in order to favor the growth and future of the children. Apply for part time it is certainly a benefit for a mother who can take care of her children in this way. But the benefits aren't just for the worker! Granting part-time to a mother is the smartest choice for a company: a mother who works part-time is serene, she works more and better. We hope that the country will make progress on this rather than providing us with increasingly worrying statistics each year birth rate: women find themselves increasingly forced to give up the desire to create a family in order not to lose their job. Even if parenting is not a job that can be done "part-time",

for a mother it would certainly be more dignified to be able to reconcile work and family rather than giving up her own identity.

Cesarean delivery on request: is it possible to do it? ❯