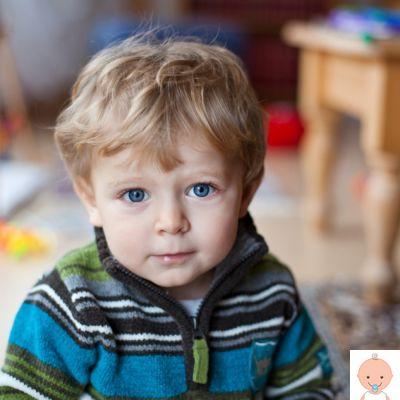 English variant of the male name Patrick, Patrick it is certainly less traditional and classic and more trendy: it is one of the most popular foreign names in the country and is seeing an increase in its diffusion among the new born. In this guide we discover what is the origin, meaning and spread of Patrick name for child.

Origins and etymology of the name Patrick

Patrick is the English variant of the name Patrizio which derives from the name of the late Latin Patricius, which literally means "patrician".

Patrizio derives from patres, a term which means "fathers" but which also indicated the members of the Senate, therefore citizens of high social rank.

What is the meaning of the name Patrick?

The meaning of Patrick and Patrick is "of noble lineage".

What is the spread of the name Patrick?

La dissemination of the name it was amplified above all from the Middle Ages, thanks to the cult of St. Patrick, bishop and evangelizer of Ireland. The curiosity is that thanks to the cult of the saint, the name spread like wildfire throughout Europe, except in Ireland where it was considered too sacred to be imposed on children.

In el Paese is a name of ancient traditions, often handed down from generation to generation. According to according to i ISTAT data related to the most common names in the country, in 1999 they were called Patrick 246 newborns and in 2022 the trend marks a decline with an absolute value of 83.

As for the name and the village Patrizio, its popularity is really decreasing: in 1999 the absolute value was 83 and in 2022 it was only 56.

When is Patrick's name day?

The name day is celebrated on 17 March in memory of Saint Patrick, bishop and evangelizer of Ireland, to whom numerous legends are linked, from the one that tells that the saint chased the snakes from Ireland and they never returned, up to the famous well of St. Patrick, a bottomless pit from which they opened the doors of Purgatory.

Patrick stands out for its character bags and discreet charm. It is always a po' mysterious and is an insatiable seducer. Patrick attaches great importance to family life and is always ready to sacrifice himself for the happiness of his loved ones. Thoughtful and balanced, he takes a long time to make a decision, but hardly ever comes back.

He always manages to be very involved in everything he does: he does not shirk his responsibilities and is always ready to give the best of himself. Sweet and reassuring, likeable and charming, Patrick is an attractive man, with a discreet charm, not without a certain aura of mystery. He excels when he puts himself in the shoes of those who he consoles, supports or who he takes charge of.

He is one of those who appreciate responsibility. Patrick is often a perfectionist and sometimes obsessive, he is independent, in love with news and change. Patrick is attracted to adventure and his activity is erratic, intimately linked to his motivation. He oscillates between hyperactivity, inattention and laziness.

Patrick is a individualistic who likes to command, direct and take over the reins of their own destiny. He is ambitious and idealistic, he tries to shine. His generosity does not exclude a certain degree of self-centeredness.

What profession will Patrick make? He is a stubborn, organized and efficient worker. He has an iron will and therefore he can do well in everything he will do. It is not impossible for him to resume a family business. Otherwise, Patrick will be particularly attracted to professions of an artistic or aesthetic nature, those related to food, restaurants, hotels, gastronomy.

What zodiac sign is associated with the name Patrick?

The zodiac sign that comes closest to Patrick's character is that of Aries: stubborn, tenacious, determined, lively and curious.

What is Patrick's Gemstone

Which color is associated with Patrick?

The name Patrick is generally associated with color Orange. This beautiful mix of red and yellow symbolizes the joy of life, enthusiasm and determination and reflects Patrick's character: creative, happy and always involved in what he does.

What is Patrick's lucky number?

Il 5 is Patrick's lucky number and refers to his search for change, adventure and curiosity.

What song should you dedicate to Patrick?

Patrick Stella is Spongebob's trusted neighbor and friend and is much loved by children. Here is his song.

Pecorino cheese during pregnancy: can it be eaten? And what are the risks? ❯