Photos of children on social media: how to behave 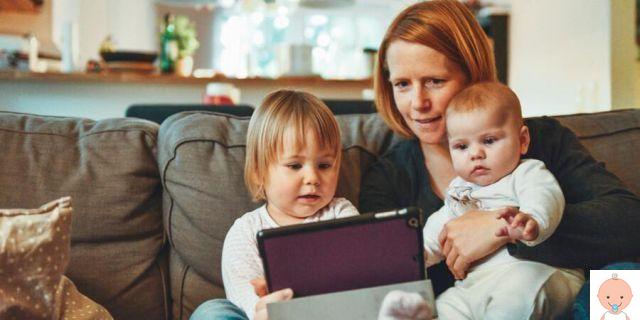 All of us are often tempted to share the best shots of our children on Facebook or Instagram. Some give in to this desire, while others are more prudent and avoid. Who is right?

We are all used to capturing the most important or fun moments of our children with our smartphones. The first tooth, the first uncertain steps, the bath in the sea, the kicking of the ball and much, much more. But what happens to these photos on social media? Should we publish them or rather let them go and keep them just for us? We asked an expert for an opinion, Francesca Minerva, who is a lawyer and mainly works in the field of family and juvenile law. 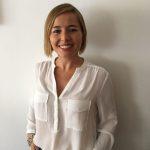 Lawyer Minerva, what does the law say about the publication of images of children on social media?

“Great question! Unfortunately, there is no specific rule or law on this. We move - incredibly - in nebulous matter. It is necessary to proceed by 'reconstruction', starting from the rules concerning, in general, copyright or the right to the image. Standards that are also very dated over time. For example, art. 96 of the Copyright Law (L. 633/1941) tells us that the portrait of a person cannot be exhibited without her consent. Or we refer to Article 10 of the Civil Code, entitled 'Abuse of the image of others'. This rule - among other things - tells us that if the image of the children is published outside the cases permitted by law, or with prejudice to decorum or reputation, the judges can order that the abuse cease and provide for compensation for the damage. .
Let's say that only the GDPR 679/2022, which entered into force in Europe on May 25, 2022, has shed some light on this. Meanwhile, by making the photographs fall within the category of so-called personal data. To art. 8 the GDPR states that under the age of 16 (but in the country the age has been lowered to 14 years), the consent for the processing of personal data must be issued by parents or in any case by those who exercise parental responsibility on the minor. . In other words: to publish the photos of our children under the age of 14 on social networks, mum and dad must somehow agree with each other! ".


What if this parental agreement is missing?

“We could refer to art. 10 of the Civil Code, which I mentioned above. But I must say that in the face of gaps in the law, courts across the country have in recent years ruled to resolve issues of this kind. So much so as to create real 'good practices'. Generally speaking, we can say that in case of disagreement between parents, the judges prefer to prohibit the publication of photos of their children, also asking for the removal of those already published. In the most serious cases, they also provided for the payment of sums of money if the 'social parent' did not comply with the requirements ".

We mothers tend to post photos of our children on social media. Are there any risks? If so, which ones?

"The risks, potentially, are of two types:
1) the risk that some malicious person, previously attracted by the photos of our child published online, could approach him. As a mother, this is the risk that terrifies me most.
2) the possibility of child pornography material being obtained.
But then there is another aspect that we must not underestimate: in the future our children could have a prejudice from the images we have published on social networks.
We return to the field of the so-called "right to be forgotten", which responds to the need that each of us may have to make everyone forget their own identity.
On the other hand, as parents, I believe that we have (among many others!) Two important tasks: that of protecting our children and that of respecting the adults they will be ".

What happens to these images?

“As I mentioned before, they can end up in the circuits linked to child pornography. The network we know is just the tip of the iceberg. Then there is a whole deep web where pedophiles move almost undisturbed ".

Are there social networks that are safer than others?

"I would not say. But I also don't like demonizing the network or social networks. It all comes down to how we use them. Another thing! Our kids are no longer on Facebook. They prefer other platforms, such as Instagram or Snapchat. As parents we must learn to become familiar with these tools ”.

Is there a way to find out if a photo has been "stolen" from our profile?

"Unfortunately not! The photos are freely downloadable by all our virtual 'friends'. Another problem is the violation of the profile: we often manage to notice it because we begin to notice 'suspicious movements' on our profile. In less serious cases, it may be sufficient to change the access credentials and make a report to the platform. But if they have downloaded photos… that's harder to say ”.

“It may be sufficient to make a report to the police, carabinieri or police. The investigations will then be entrusted to specialized sections, such as that of the postal and communications police ".

What advice would you like to give to mothers?

“I don't feel like depriving anyone of the pleasure of publishing their children's photos on social media. I do too! But it must be done with prudence and intelligence. For example, let's avoid posting photos that connect our children to places they frequent often, perhaps even alone. Photos with school or sports club uniforms are very dangerous. We are telling a potentially unlimited audience what places our children live on a daily basis. Or photos with geolocations. Let's avoid them! Let's be as cryptic as possible when it comes to children! The photo of our son eating ice cream in the square or during a trip out of town, after all, is less risky! ".

Phrases not to say to children ❯

add a comment of Photos of children on social media: how to behave