Podalic child? Spin it with the Moxa or the turning maneuver 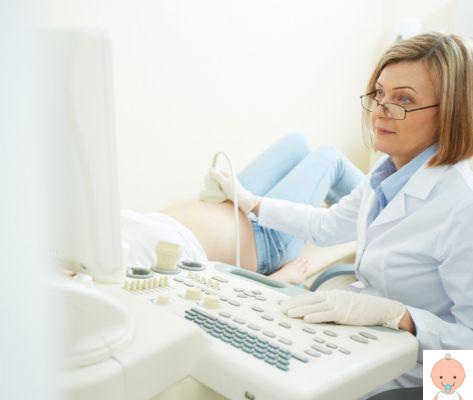 Maneuver of turning and moxa

We are approaching the term of pregnancy, at one of the last ultrasound checks the gynecologist tells us: "the baby is still breech, if he does not turn around we must do a caesarean". For some mothers this leads to a collapse in expectations about their delivery. There are some methods some more invasive others less, which can somehow try (and I repeat try) to help the child to turn around: the turning maneuver and moxa.

Between the two methods I mentioned moxa is the least invasive. The term Moxa is a Japanese term which means "to burn a ball of herbs". Not actually a ball of herbs is burned, it is a term that has been extended to a technique that uses a particular acupuncture point. It is therefore a method deriving from the traditional oriental medicine which consists in bringing a burning mug of pressed Artemisia close to a specific point on the side of the little finger of each foot, 5-10 minutes on each side. The positive aspects of this technique are the fact that it has no side effects for either the mother or the baby, it can be repeated (indeed it should be repeated several times between the 30th and 38th week of pregnancy if no changes are seen) and if it doesn't work, it leaves no effect.


As you can guess it is not that the burning cigar is put in contact with the skin, it is simply brought closer, letting it emanate the heat in that specific point. The negative aspect of this method is the fact that if it is not performed by expert people, who have studied it perhaps in association with other principles of traditional oriental medicine, it can be performed in the wrong place and therefore not have the effect. desired. In 70-80% of the cases I have treated and seen treated with moxa, the baby turned around and a caesarean section was avoided.

When it is necessary to carry out the reversal maneuver

In the event that the moxa technique did not work or if you have decided not to approach it, you can switch to this method. It is an obstetric technique in all respects that can be performed both in the last weeks of pregnancy and at the beginning of labor, in the latter case, however, the amniotic sac must not be broken (i.e. you must not have lost water) otherwise you can proceed with cesarean. Generally this technique is performed around the 36th -37th week.


There are other conditions that must be present for the turning for external maneuvers (or breech turning):

How to carry out the turning maneuver

Risks of the reversal maneuver

As I said, it is a rare risk because the ultrasound shows exactly how the umbilical cord is positioned and if it is already in a position where kinking is likely or if it is particularly short, the maneuver is not even started.

If we read on the forums, on the various dedicated sites we will often find conflicting opinions on the breech turn maneuver. The main reason is the fact that it is performed in a hospital setting and that it is not without risks that are also quite important. From the point of view of statistical data derived from important scientific studies, I can tell you that this maneuver is able to significantly reduce the rate of caesarean sections, and by significant I mean a percentage of around 60%. This means favoring a natural birth and moving from a population with a high risk of performing a caesarean section to a low-risk one. So this is certainly a point in favor of the maneuver.

Those who are opposed to the reversal maneuver bring the negative points on two levels: one maternal and the other concerning professionals. Mothers often experience this experience as invasive and with a success rate not so certain as to tolerate the pain and discomfort it causes. As for the professionals, on the other hand, execution must be ensured by an expert doctor, who knows exactly what to do whether the maneuver is successful or in the case of urgent intervention and unfortunately not all facilities are equipped with these professionals.

Audio Video Podalic child? Spin it with the Moxa or the turning maneuver
Benedetta name for girl: name day, meaning and diffusion ❯

add a comment of Podalic child? Spin it with the Moxa or the turning maneuver