Positions during pregnancy, for having intercourse, for sleeping or getting pregnant 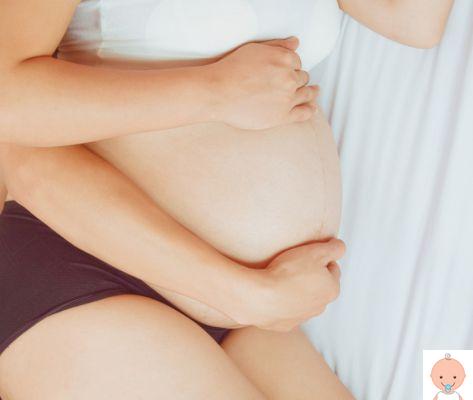 When the baby bump begins to grow and become more bulky, many daily habits can become complicated: today we try to list the best ones positions in pregnancy, both for having sex and for sleeping, with an eye on the best positions to get pregnant.

How sex changes in pregnancy

It is time to break down the taboos, but also to stop being afraid: if your pregnancy has not been declared at risk from the doctor who follows you, then the sex not only is it not forbidden, not only can it be done, but it seems to be absolutely worth trying, kamasutra included.

Statistics say that the further the pregnancy progresses, the more the couple stops having sex. A circumstance that affects at least 50 percent of couples. The reasons?

All unjustified fears why:

But while there is, as we said, no reason why you should stop making love during pregnancy, it is true that the baby bump can be bulky and make things a little more difficult. So here are some positions we can take for satisfying sexuality.

Just like the female body, the balance of the couple and the shapes of the baby bump, the sex also changes during pregnancy. Let's see how.

Read also: How to experience pregnancy as a couple

Positions in the first quarter

Analyzing the stages of pregnancy it can be said that the first trimester could be a problem in terms of sexual desire. In fact, the woman can be subject to the all too well known nausea and have no desire to engage in sex, even though many women, on the contrary, experience unusual sexual desire in the very first weeks of pregnancy.

In recent months, more or less all positions are doing well.

A classic with a woman under with her legs apart and a man above, it is good for everyone but during pregnancy it can only be practiced in the first months, from the fifth month in fact the woman could feel a sense of crushing.

Positions in the second quarter

In this second quarter second phase it feels good both physically and emotionally. There is a significant increase in hormones and sexual desire, which is why it is one of the propitious moments to take advantage of it also because the belly is not very bulky yet.

It is a sort of 'seated missionary': lying on her back, the woman rests her buttocks on the edge of a bed or table and squeezes her partner's hips between her legs. Perfect when the baby bump begins to grow, around the fifth month.

In the position known as Andromache or the slave (wife of Hector and mother of Astyanax, after the capture of Troy she was taken as a slave to Greece) the man is lying on his back, the companion sits on top of him in a squatting or kneeling position with the bust completely straight. The woman perfectly controls the depth and rhythm of penetration. She adapts mainly until the end of the second quarter when agility is still good. Sometimes your legs can hurt, so ask him to help you move by moving your hips with your hands up and down.

The position astride the Andromache can be varied with the swing, i.e. the woman is always on top but offers her back to the man and rocks back and forth, also in this case controlling the rhythm.

One of the most common positions becomes useful when the woman is bothered by the weight of the man, so she can get on all fours on the bed with her back to him and at the same time repairing her belly. It is perfect as long as the baby bump is not too big because it could start to weigh on all fours and could cause pain in the arms and elbows.

Kneeling on the ground, the woman lifts her back leaning on the edge of the bed. Him behind always on his knees.

Positions in the third quarter

In the third quarter the only problem is theencumbrance. Belly size could actually make up a nuisance, so it is obvious that the couple will not be able to include all the positions of the Kamasutra. The most suitable are: he sitting and she on top; she on one side and he behind, always on one side; she supine on the edge of the bed and he stands in front.

In the classic spoon the woman is on her side and he is behind her. It is a very restful position: the belly is resting on the side and it is not difficult, but things cannot go long because the penis tends to come out easily. Then you can resort to the union of the boa, that is, the same departure but the woman raises her leg above her and clings her, like a snake, to his legs, so as to maintain a firm grip and penetration.

Union of the butterfly

The woman is astride and arches backwards placing her hands on the sides. This position leaves her belly free and the woman maintains control of her.

Positions to get pregnant

Are there some positions that can promote conception? Certainly some can help spermatozoa in their ascent. Eg "The intoxicated boat"It stimulates the G-spot facilitating orgasm and the ascent of spermatozoa: the woman is lying on her back with her legs up and supported by the man. No effort, therefore, can relax and enjoy the penetration of the partner. In the position"doggy style"the penetration is deeper and this also helps the sperm.

Sleeping, especially in late pregnancy, can become difficult due to the weight and bulk of the baby bump.

With the growth of the baby bump it will become more comfortable to sleep on one flank, especially that left, because in this way the uterus does not press on the inferior vena cava, from which the blood goes up from the lower limbs to the heart, it does not press on the liver and improves the feto-placental circulation. The ideal position, therefore, is that on one side with bent knees, perhaps with a pillow between the legs on which to gently rest the belly and another pillow behind the back to find a comfortable and relaxed position.

Positions for giving birth: the most natural and the best for mom and baby ❯

add a comment of Positions during pregnancy, for having intercourse, for sleeping or getting pregnant