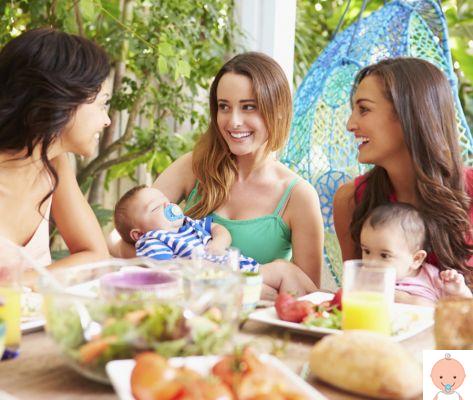 Silly phrases said to a new mother after giving birth

From our forum, here are the most senseless and out-of-the-way things people say to an inexperienced new mother right after giving birth.


Pimma: "Children must be allowed to cry, do not pick them up or they spoil themselves and then their lungs open up"
quote my ex mother-in-law

How many times have I heard it say ... the little girl was crying, it doesn't matter if she had just finished eating ... but they had to tell me that she was crying because she needed to eat ... I wonder: but if you don't know that she just smudged her lactone and is full as an egg why you open your mouth? Can't she have tummy pain? Can't she be sleepy and unable to fall asleep? Can't she need to burp? You may not need contact with the mother?

My grandmother used to tell me: "now that you have given birth you don't have to do anything at home, cook and wash the dishes because you are in quarantine ...".


Do you want to write your experiences? leave a comment under the article or write in the forum