Postpartum hemorrhoids, how to prevent and treat them 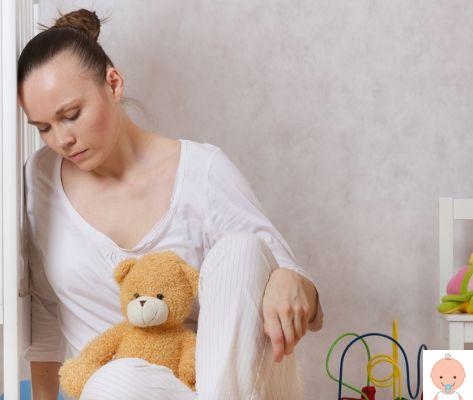 Among the most common post-partum disorders there are undoubtedly the hemorrhoids, an annoying problem that can make life as a new mother really complicated and that causes pain, bleeding and difficulty walking or sitting. Let's try to understand what are the causes of hemorrhoids after childbirth, how we can cure them and how to recognize them.

Hemorrhoids, what are they

Hemorrhoids are areas of swollen tissue that protrude from the anus. In practice the vene present within the fabric become swollen of blood and increase in volume: they can be as small as a pea or degrees as an egg.

In pregnancy, hemorrhoids must be treated in several ways:

Postpartum hemorrhoids, how to recognize them

Hemorrhoids in the post-partum phase may not give particular symptoms, but in many cases they are instead responsible for:

In some cases they may be visible or can be felt to the touch, especially if they are external.

The strain of labor can promote the release and appearance of hemorrhoids, and indeed a number of women sadly experience the discomfort caused by hemorrhoids after natural birth following a prolapse which occurs mainly in the expulsive phase.

If you have stitches in the rectal or perineal area, for example for an episiotomy, it is extremely important to discuss with your gynecologist how to clean and care for your hemorrhoids. You probably won't be able to use topical products or suppositories.

Caesarean delivery usually does not favor the onset of hemorrhoids as happens in natural childbirth, however if the hemorrhoids formed during pregnancy, they may persist after delivery, especially if you suffer from constipation and constipation.

Do Hemorrhoids Fall After Childbirth?

Postpartum hemorrhoids that do not go away

While in most cases the hemorrhoids disappear with time after delivery, in about 25% of cases they still remain for months after birth.

What to do if the hemorrhoids do not pass? Here are some practical tips:

add a comment of Postpartum hemorrhoids, how to prevent and treat them