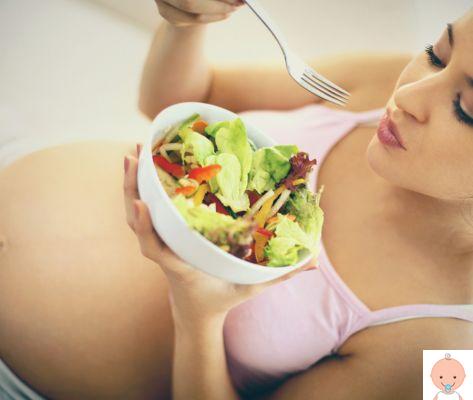 In the country about 3 million people are forced to live with a eating disorder. 96% of them are women even if the male component is increasing. And to the most common ailments, bulimia, anorexia and binge eating disorder, more and more popular forms of orthoresis, drunkoressia and pregoressia, in the latter case in pregnant women. From the point of view of mortality, however, anorexia remains the most dangerous: it is estimated that 5-10% of patients do not survive. To draw the picture, in view of the Day of the Lilac Bow on March 15, dedicated to eating disorders, is Annalisa Venditti, psychotherapist, expert in eating disorders at the Ini Group, Neurotraumatological Institute el paeseno.


"Among the new disorders - explains the expert at Adnkronos Salute - we find theorthorexia, a form of abnormal and obsessive attention to healthy dietary rules, to the choice of food based on its characteristics - he explains - drunkoressia, dangerous eating behavior aimed at eating little to compensate for the caloric intake introduced by alcoholic substances, in order to control weight gain. But also the pregoressia, for which pregnant women, obsessed with the possibility of gaining weight, put in place very restrictive diets and undergo prolonged workouts, endangering their own health and that of the fetus ".

Read also: Is it possible not to gain weight during pregnancy?

"Regardless of the forms that obsession with thinness, diet, food and its control takes, the data is alarming - warns Venditti - because these disorders lead to serious consequences on a physical, psychological, social and occupational level - continues the expert - All life begins to revolve around food and the fear of gaining weight and you are no longer able to study and work, and even social activities become a reason for anxiety ".

"Nutrition is a primary biological function - reflects Venditti - and when it is compromised the consequences affect all areas of life. The most likely age of onset is adolescence, but the signs must be recognized in a timely manner: the earlier it is the intervention, the greater the chances of success ".


So what are the symptoms that should alarm us? "Sudden extreme weight loss; morbid attention to the quantities of food; obsessive control of the quality of the food ingested; fasting; large disappearances of food or finds in unusual places; bulimic crises (ingesting a large amount of food in a short period of time)", says the expert.

And again: "Extreme food selectivity; amenorrhea or irregular menstruation; sudden social isolation; intense sporting activity; vomiting to control weight, calluses on the back of the hands; use of anorectics, laxatives or diuretics to control weight; unusual food rituals ; obsession with controlling weight or total avoidance for fear of knowing; nervousness and mental suffering ", concludes the expert of the Ini Group.

Audio Video Pre-gore alarm: women are obsessed with pregnancy weight
Breastfeeding at risk: what it is and how to apply ❯

add a comment of Pre-gore alarm: women are obsessed with pregnancy weight