Pregnancy at risk? Here's what you need to know to do the right thing 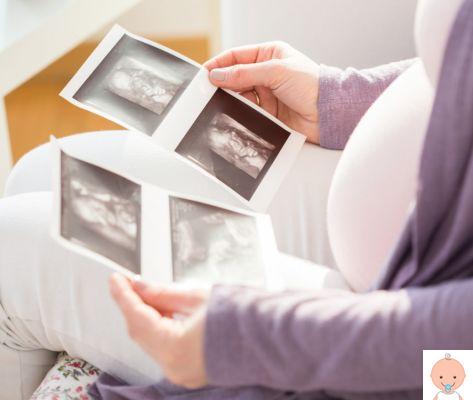 Pregnancy at risk what to do

Pregnancy should be a peaceful and peaceful time; just to try to avoid unpleasant consequences it is good to remember that there are some particular situations that can cause one high-risk pregnancy. Which ones are they? How to behave? Let's see which are the most risky complications which can occur during pregnancy.

It may happen that even in the former ultrasounds emerge a little detachment of the placenta. In this case the gynecologist will prescribe bed rest, abstention from sexual intercourse, taking a progesterone-based therapy and the pregnancy will be considered until the next ultrasound check.


Detachment of the placenta can occur in different forms more or less severe and with various symptoms such as vaginal bleeding and pains similar to those that occur during childbirth. In the presence of these symptoms it is best to call the gynecologist right away or go to the hospital. in these cases it is necessary to go to the hospital as soon as possible to monitor the situation.

Pregnancy: 10 tips to live it well

In second quarter Routine tests are usually performed to help you understand how the pregnancy is progressing and if there are any problems. Here are some of the complications that can arise in the second trimester:

These are the complications that can arise late pregnancy.

Then there are some infectious diseases particularly feared in pregnancy. Here are the most serious:

First of all, the employer must carry out an assessment of the risks for the safety and health of the workers in order to take the necessary measures to limit the risk, even by moving the woman to other, safer jobs.

Some types of jobs are a risk for pregnancy, such as: heavy work in uncomfortable positions, work carried out in environments with an unfavorable climate (for example too noisy, dusty, too hot or too cold), jobs, including domestic ones, that involve lifting heavy loads, jobs that require you to stay in feet for more than half of the working time or subject to continuous vibrations, jobs that expose to harmful chemicals. In all these cases the woman will have to be moved to another job and if it is not possible to do so then you can ask for theearly abstention for high-risk pregnancy.

In case of a high-risk pregnancy it is possible to request a early maternity leave. In this way it will be possible to be absent from work from the first months of pregnancy or in any case as soon as the exams show any complication in the gestation. The early maternity leave provides for the same salary for employees as for the compulsory one: therefore 80% of the average daily salary of the last paycheck.

Summarizing, therefore, here is the list of pathologies that can appear during pregnancy and put it at risk:

Full-term pregnancy: when to go to the hospital ❯

add a comment of Pregnancy at risk? Here's what you need to know to do the right thing