Pregnancy: how to tell if it's going well 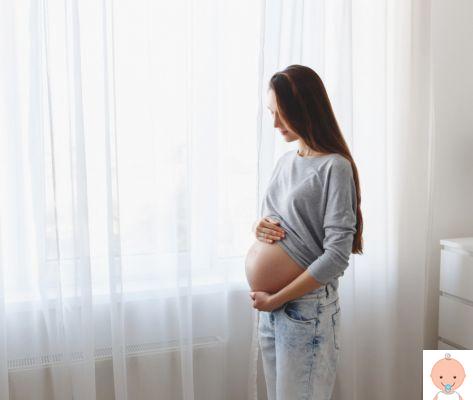 How to tell if pregnancy is okay

The breasts are usually very tight and sore: this symptom occurs in the first quarter. It is certainly a positive sign because the fault lies with the increase in levels of estrogen and progesterone which are two hormones necessary for pregnancy. Sure it can be annoying to have the sensation of walking with two boulders on your chest, but it is certainly a good sign

They can show up between 4 and XNUMX weeks. They are called plant losses and are caused by the implantation of the embryo in the uterus. Of course, seeing that you have leaks can create anxiety and worry, but generally if it occurs 10-14 days after conception, these leaks are the signal that the embryo has implanted itself in the uterine walls. Often some women attribute these slight losses to a light and somewhat abnormal menstrual cycle, because they do not yet know they are pregnant.

Nausea in the morning

Nausea occurs increasingly in the first trimester. This is a good sign because nausea is essentially caused by the increase in blood ormoni beta Hcg, the hormones that promote the development of pregnancy. Some studies even suggest that women who experience morning sickness are less likely to have one miscarriage or premature delivery.

Some scholars have also hypothesized that nausea in pregnancy is functional, that is, it would prevent the mother from eating foods that could harm the baby. In other words, forcing the mother to eat "in white" would limit the risk of exposure to toxins present in food

Leaks can occur throughout the pregnancy. The responsibility for these losses lies in the increase in estrogen. So the discharge, generally light colored, odorless, watery, indicates that estrogen is at an optimal level and could also serve to cleanse the vagina and prevent infections.

Other symptoms show up in the first three months of pregnancy and can help us understand that everything is going well:

Pregnancy: how to dress in each trimester ❯

add a comment of Pregnancy: how to tell if it's going well