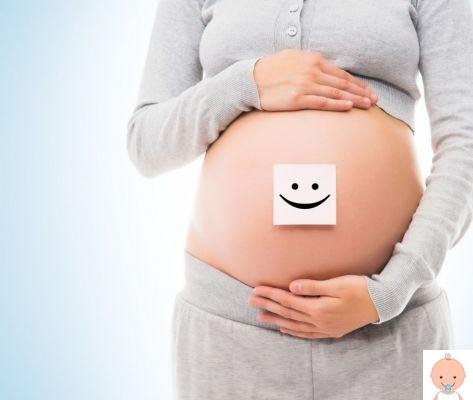 We all know how the common urinary pregnancy test that you buy at the pharmacy works, yet it is a tool that continues to have something magical: a simple plastic contraption tells us if we have a baby in the belly! In fact, the test as we know it today became widely available as early as the late XNUMXs, even if the margins for error were wider than today; before the invention of this miraculous device, the only reliable "test" was to wait. Yet, since the dawn of time, women have wanted to ascertain their pregnancy as soon as possible. Here are some of the pregnancy test strangest in history; peeing is recurring!

How have methods for detecting a pregnancy evolved over the years?

4000 years ago the Egyptians used a method that does not differ very much from the current one. The woman, however know you are pregnant, he had to put his urine in two separate containers where wheat and barley had been sown. If he had sprouted the wheat first, it would have been a female, while in the case of barley it would have been a male. If nothing had grown, the woman was not pregnant. A few years ago a trial was carried out in collaboration with the Cereal Institute of the city and the experiment was almost successful - except for the question of sex. In another Egyptian papyrus we then read of a very curious pregnancy test: after having ingested beer and dates, if the woman vomited more than once, it meant that she was pregnant with her.

Another method in use in Egypt but also in Greece was based on the assumption that if the woman was not pregnant, somehow her belly was "open": then an onion (or another strong-smelling vegetable) was introduced into the vagina, and waited for a night. If the woman's breath smelled of onion in the morning, it meant she was not pregnant with her.

In the 16th century, there were "experts" who could determine a woman's pregnancy only by the color or characteristics of her urine. Others mixed it with wine and observed the results, which could actually be successful given the reaction of alcohol to the proteins contained in a pregnant woman's pee. Moreover, studying or even tasting pee to identify it pregnancy or diseases such as diabetes was a relatively common practice, also represented for example in the film “La Papessa”.

At the beginning of the pregnancyAt about six to eight weeks, the cervix, labia, and vagina may take on a bluish or dark purple-red hue, due to increased blood flow to the area. This feature was first recorded in 1836 by a French physician and is known as the Chadwick sign; but this was rarely practiced "pregnancy test"given the modesty of doctors in the 19th century.

Frogs and other animals

In the early 20th century, there were many pregnancy tests involving animals and hormone testing. In 1920, two German scientists, Selmar Aschheim and Bernhard Zondek, determined that there was a specific hormone present in the urine of pregnant women. Then injecting the urine of the pregnant women in rabbits, rats and mice, they induced ovarian development. Afterwards the poor animals were killed and subjected to autopsy to examine the state of their ovaries and then determine the pregnancy of the woman. The test carried out on frogs in the late XNUMXs was less bloody: injecting the urine of one pregnant woman in a live frog, the animal laid eggs within 24 hours.

Pregnancy test: when to do it and how it works ❯