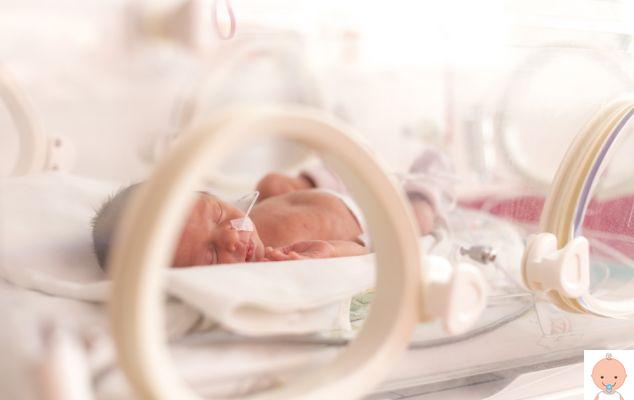 Support for parents of premature babies

The tragic death of Pina and the disappearance of hers premature twins, which has shocked the whole country and the entire professional community of neonatology el paesene, raises the question of support for couples, families and especially mothers of premature babies. The Società el paesena di Neonatologia (SIN), expressing the closeness of all neonatologists el paeseni to the husband and family of Pina and the twins, launches an appeal to the institutions and subjects involved in thematernal and child care.

"In cases of premature birth, appropriate treatment in the acute phase is not enough," she says Fabio Mosca, President of SIN, "we also need early support for families, in order to intercept those ailments that brood in silence and that can then explode later; the same support needed after discharge, on returning home, when amedical and nursing home care in the first months of life and a follow-up service that, over the years, accompanies parents in the difficult path of their children's growth.

Babies represent our future and for this we must put in place all the resources available, institutional, social and economic for support these parents with a solidarity and support network. In recent years, a very tiring social condition has been generated for couples and young mothers. Women are lonelier than they used to be, often without family support, they live in conditions of precariousness, uncertainty, lack of solidity in relationships. The situation is even more complex and sometimes unsustainable when the newborn is premature and care is needed even after discharge. It is essential to help women in this process and make them feel less alone, even with a suitable one psychological support that begins in the Neonatal Intensive Care Unit (NICU) and continues after discharge with the competent territorial structures ".


A smaller but no less important proportion of newborns, although not burdened by severe prematurity, present at birth particular problems related to fetus-neonatal suffering, metabolic diseases or the presence of complex syndromes and rare diseases. Overall, about 3,5% of newborns (16.500 newborns / year) require a precise and intense program of clinical and psychological follow-up and family support.

Advances in Obstetrics, Neonatology and Neonatal Intensive Care have tremendously improved survival and short-term prognosis, but however, these infants are at risk of developing problems at a distance and require prolonged care over time.

La birth of a pathological newborn, in particular if premature, involves the establishment of specific dynamics involving the parents, and in particular the mother of the child, which arise from discrepancy between the imagined child and the real child, from the maternal sense of guilt and defeat in not being able to carry out the pregnancy successfully, from the worries and fears for the future development of the baby. The management of these dynamics requires targeted interventions conducted by experienced and qualified personnel who is able to intercept these problems and to intervene promptly to limit their negative effects.

According to the SIN, in addition to appropriate treatment in the acute phase, they are three are the most important actions to be implemented to meet the needs of parents and mothers of premature babies or those with serious illnesses:

Currently in the country i Follow-up services of the preterm infant they represent a very varied and heterogeneous reality, often insufficient in terms of structural and personnel resources, as they are not officially recognized by the National Health System. Support and assistance to families is discretionary and depends on the "good will" of the operators Operative Units of Neonatology and TIN, family pediatricians and other specialists involved.

SIN, on the occasion of the World Prematurity Day, on 17 November last, he launched an appeal for a collaboration agreement for improve neonatal care across the country and initiated discussions with the Ministry of Health to strengthen support for the pathological newborn after discharge. "Also fundamental in the construction of the network territorial involvement of family pediatricians and voluntary associations and those of parents, to provide support that is not only "technical" but also psychological, attentive to sharing the "experience" of parents, supporting them during a path that begins with childbirth and can last for years " , concludes Mosca.

Babies, when is the right time to sit them down? ❯

add a comment of Premature babies: more support is needed for parents