Pros and cons of becoming a very young mother 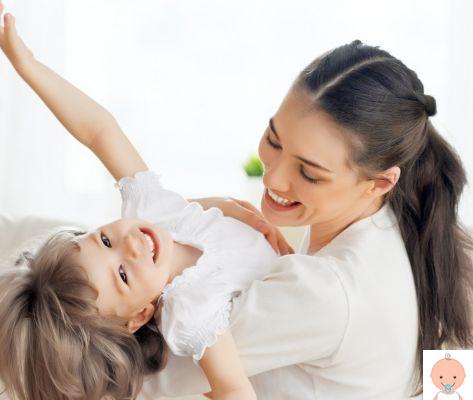 Becoming a mother when you were young

Today the definition of "young mother ": since the average of pregnancies is more shifted towards 40 than towards 30, having a child at twenty or so is already considered a somewhat anomalous case. Is being a mother at 20 or 30 really that different? In reality, from the age of twenty onwards one is no longer a child or even a teenager, but a young woman ready to have children, if only from a physical point of view.


Many of the joys and sorrows of a mother in her thirties are the same, but there are more some pros and cons.

Over the years, the skin becomes less elastic and any scars also take longer to heal. The epidermis of a twenty-year-old girl may be less prone to stretch marks and, in the first place, find its tone first and better.


Even if the skin will be less damaged, the body after a pregnancy is unlikely to remain the same, indeed, it could really change shape! At thirty we have learned to accept ourselves more on a general level, we are used to changes in our body that hasn't been that of adolescence for a while, and we are also surrounded by friends of the same age in the same situation. Conversely, at the age of twenty the matter can be more difficult to digest.

Read also: How to get back in shape after pregnancy

Ten years is not a short time: on average, a girl of twenty will be in better shape and will have more energy than one who is over thirty. Which also means more physical resources to cope with childbirth, breastfeeding, sleepless nights.


But as a XNUMX-year-old mother's resources are drained by her newborn, peers of the same age employ them very differently. It could be painful to watch your old friends lead a carefree existence of holidays, parties and nights out, with the feeling of missing out on something. Those who are considering having a baby in their twenties should also consider this aspect, albeit a lighter one.

On the other hand, when the children are grown up and ready to go out alone, a mother who had them at twenty will also be very young herself, and will thus be able to make up for lost time ... While her friends of the same age are still at taken with baby food and diapers!

Unfortunately, the choice to become a mother at twenty is still not considered a sign of seriousness, maturity and love, far from it. However, many people tend to judge a young girl who decides to seek (or carry out) a pregnancy as superficial, unambitious, or worse. As inappropriate as they are, disapproving looks can be difficult to deal with.

During adolescence, a critical period for the parent-child relationship, a young mother will perhaps have a better chance of identifying with her grown children, and consequently develop more empathy with them.

At the age of twenty, you will probably be able to count on fewer financial resources to raise children: this will not have an excessive impact on the children themselves once their basic needs are met, but it could be frustrating for parents.

Those who become pregnant young often interrupt their studies and one day it may be difficult to resume them. But it is equally true that even at thirty it can be complicated and penalizing to suspend a job that has already started, or even worse to choose between children and career. Have you become relatively young mothers, between 20 and 25 years old? What pros and cons have you found in this choice?