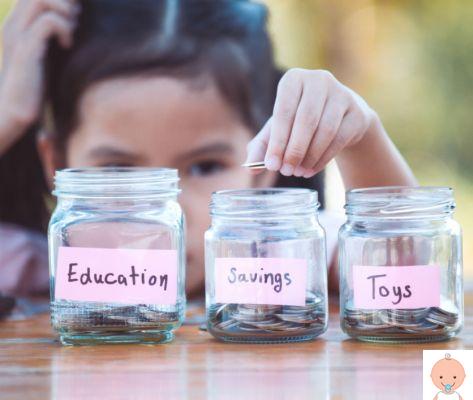 Raising a daughter costs a lot more than having to raise a son. This is what emerged from one I study English conducted some time ago coordinated by Ed Bowsher Love Money website manager. But because daughters cost more than sons?

Baby how much do you cost me!

From diapers to high chairs, to games: the birth of a child is a drain on families. But something can be saved


The difference is particularly noticeable in the teenage years when girls would spend 14mila euros only in cosmetics, make-up and hygiene products, while male teenagers would spend about 9mila euros in technology. In addition to the purchase of clothes and women's clothingand parents would spend 37% more than the parents of boys. "Dressing" a girl and a teenager can cost up to 13 thousand euros, almost double what happens for males who, on the other hand, receive pocket money that is 10% higher than their peers.

The study, conducted on about 3 thousand parents, showed that the greatest amount of money is spent on children hobby and sport, from swimming to football to dance. And from the analysis it also emerges that the things necessary to practice sport, for example, cost more. A soccer uniform costs much less than the kit needed to do dance.

But not only. By interviewing the parents involved in the research, the scholars also realized that those who have a daughter spend more on:

Everyone knows that raising a child is expensive. But it's interesting to see that those who have to raise girls in the long run will spend far more money than those who have sons, and I'm sure a lot depends on the love girls have for fashion, cosmetics, beauty care and they also contribute. the expensive dance lessons.

In practice, from childhood it seems that the objects that girls ask for or that parents decide to buy cost more: we are talking about dolls and dollhouses, toys for girls, beauty products, shoes, dance lessons, etc. while males seem to be less demanding on this front.

Read also: How to save on expenses for a child

It is not easy to establish this, but according to Federconsumatori, the cost of raising a child from birth to 18 depends very much on the income and the place where the family lives.

Federconsumatori has estimated that raising a child can cost in total about 270 thousand euros:

Two-year crisis: what to do against crying, anger and tantrums ❯