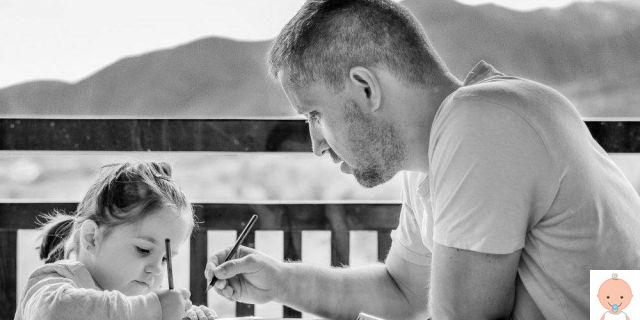 Reliability e fault they are two passwords they express concepts different between them, but for the Parents they lead to one size: that ofeducation and growth of its children. There is, in fact, no parameter universal applicable every child to whom mum e Pope can cling for "to justify"Their own strategy communicative and behavioral. However, if on the one hand, to do feel in fault i children does not lead to changes structural whatsoever, on the other hold them accountable totally makes them vulnerable facing the natural percorso area of growth.

Il common sense always plays favor of the Parents. The initial confusion, especially if you are at the first experiences, in understanding where the confine between empower e to blame can to disappear following simple choices.

First the most thing natural is that yours son vi reflects: no undervalued il power in that everyday has the "example": It is a first step to make the children what they should do and what No..

also the passwords and actions choices for empower your son have a role important: if you are a parent balanced e consistent, you will explain so clear what "you want”From him or her without confused second thoughts nor reproaches excessive.


In fact, when a child is blamed too often and without a reason, what not it works it is found at mount, in company, and it's about a method educational little linear. To this we must add the excessive exposure a stimuli of each type that most small they live every day. THE'childhood must remain such without suffering information misleading ed intrusive. THE children they don't need to stereotypes to to grow up, but of fixed points within which move knowing that, out of that perimeter, may not receive a prize and / or come punished.

A good start of a percorso di empowerment, therefore, turns small actions in which theadult it only makes from mediator in behaviors aware. The child thus understands what causes his own gesture, where it leads him. If, for example, i Parents they gave him a taskAlways proportionate to its age and his capacity, the little one must lead him to dates: it's a agreement what can be Reinforced with gods stimuli positive - fishes, starlets, for an food particular -, a approach in that English it takes its name Token Economy (Economy a Tokens), a form of "contract educational"Aimed at change il behavior of the most small.

È obvious that as in all contracts also in this the points farm they must be I decided a priori. Your son will receive a prize only to pact acting in a given way, but theobiettivo a lungo term will be that of eliminate entirely there bonus of token and this will be able occur only if, through passages gradual, the child chooses independently il behavior da follow.

In addition to work area of reward-prize, the strategy based on "game", That is, each request - as look after a plant or animal domestic, to help i Parents with the brother more small or help out chores of house - is placed in the form of divertissement shared and of help precious ed indispensable. In this case the small chooses to "have fun"And not of obey, but this one will, dear ones Parents, if you will be more smart of him.

Elisabetta meaning of the name, diffusion, character and origin ❯

add a comment of Raising children: making them responsible without stress