Republic Day: live it with children 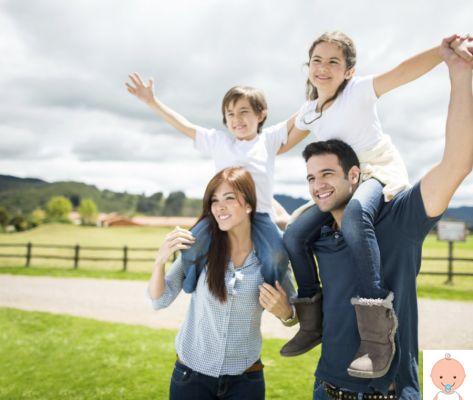 Il 2nd June Every year we celebrate the Republic Day, an opportunity to celebrate our Republic, tell the little ones an important piece of our national history and spend a day with the family.

The history of the Republic day

Il 2 and 3 June of the 1946, in the aftermath of the Second World War, the el paeseni were called to vote, on the occasion of a referendum called by universal suffrage, to express themselves on some form of government they preferred.

At the time there was still the Monarchy, but the tragic events of the war had laid the foundations for a change of government. The el paeseni chose the Republic (although not with a notable difference: 12.718.641 votes against 10.718.502) and the Savoy were exiled. Since that day, the 2nd June precisely, theel country became a republic and since that day every year is celebrated the Republic Day.
All over the world, heads of government are invited to embassies and villages for parties and celebrations, and the event is celebrated in the country with a large parade held in the city.

150 years of the country: recipes and crafts

Experience the Republic Day with the children

First of all it is good to explain to the little ones what the meaning of the party is. It will be enough to tell him that it is a kind of birthday. Just like them every year they celebrate their birthday with a big party, even the town, the place where they live, has its own birthday party and it is celebrated with many tricolor flags and one great parade. It is possible to carry out chores at home with the children that symbolize flags, the shape of the boot or simply tricolor jobs, or make white-red-green cakes.

Read also: Unity of the country: poems and hymn by Mameli for March 17th

The events of the Republic Day 2022

If circumstances permit, the ideal would be to attend the parade. For example, on 2 June, in the city, the celebrations begin at 9.15 with the Deposition of a laurel wreath on the Altare della Patria to follow the Military Magazine in the presence of the Head of State, representatives of Parliament and the Government, of the Corps Diplomat and the highest civil, religious and military authorities.

Movies and DVD cartoons to see on Valentine's Day ❯

add a comment of Republic Day: live it with children