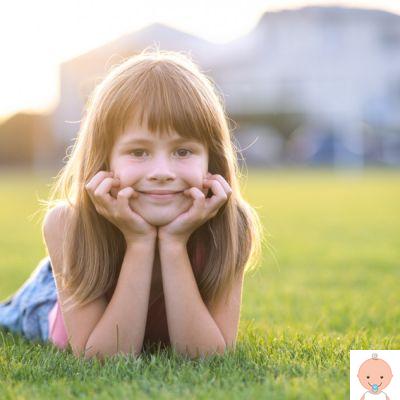 Samanta or Samantha? It is certainly a feminine name that evokes the eighties and nineties, when it began to spread also in the country. We discover in this guide the curiosities, the origin and the curiosities about Samantha, name for girl.

What is the etymology of the name Samantha?

From the etymological point of view, some sources believe that Samantha is a feminine form of the name Samuel, to which the suffix Antha is added, probably taken from the ancient Greek ánthos, "flower".

What does the name Samantha mean?

The meaning is the same as the name Samuele, therefore: "he who listens ".

Samantha is a name that has uncertain origins. You were probably born in the United States in the eighteenth century after a series of novels by Marietta Holley in which the main character was named Samantha became very popular in 1873.

Samanta is only the landscaped version, from which the H of the same name has been removed.

How many Samanthas are there in the country?

After 1964 the popularity of the name Samantha exploded: in that year the famous sit comedy arrived on television Witch's Life, with the nice protagonist who was called Samantha Stephens. And still today in Anglo-Saxon countries it is a very common name.
In the town the name enjoyed a certain appreciation until a few years ago, while nowadays it is very rare.

In el country, according to i ISTAT data relative to the most common names, in 1999 257 newborn girls were called Samantha while in 2022 the absolute value dropped to 50.

On the other hand, the trend regarding shape is stable Samanta: the absolute value of 1999 and 2000 was respectively 98 and 28.

When does saint Samantha come?

We must, however, report the presence of Samthann of Clonbroney, also called Samtann, Samthanna, Samthanus and Samthand [and also known as Santa Samantha, an Irish nun, venerated as a saint by the Catholic Church. She is little known, yet her influence on Celtic Christianity was important. Nun in Urney Abbey, in Ulster, he lived a life of kindness and indulgence. He saved a child that his mother, a hermit, was about to drown to avoid the scandal, she raised the little one who later became abbot. Thanks to his prayers, she also saved the entire crew of a ship from sinking. She abbess of Cloubroney monastery, she died in 739. She is remembered on December 19th.

How is Samantha's character?

Samantha is a woman susceptible, who is easily overwhelmed by his emotions. However, she manages to quickly take over and show fortitude and determination. She is optimistic, she shares her enthusiasm for life with the people around her and encourages those close to her to remain confident in the face of problems. Samantha is energetic, she lives her life with enthusiasm, she is confident in her abilities and in the future.

love your freedom: forbidding her to do things that fascinate her would be to suffocate her. She is not cut out for a routine and monotonous life. Samantha is constantly looking for freedom, new sensations and new horizons. Diplomat, she knows how to put a person in her place with gentleness and tact.

She is gifted with a mind curious, is interested in many things with great passion. She has a keen sense of humor, fantasy never fails in his life. He is lively, he always knows what he wants. She is simple, relaxed, honest, but she can hold a grudge if she has been hurt. Her good mood is contagious and people love to be around her.

What profession will Samantha make? She will appreciate all jobs in contact with the public, but also those that allow her to use her diplomatic skills.

What zodiac sign is associated with the name Samantha?

Samantha's character is governed by the sign of Sagittarius: curious, energetic, endowed with a great thirst for freedom, an essential factor in her balance.

What is Samantha's precious stone?

Samantha's birthstone is the quartz, this stone evokes love, seduction and tenderness.

What color is associated with Samantha?

The name Samantha is associated with the violet. Symbol of dreams, peace and friendship, this color also represents melancholy, mistrust and loneliness.

What is Samantha's lucky number?

Samantha's lucky number is8: symbol of Samantha's extraordinary ability to achieve her goals and carry out concrete projects.

What song should you dedicate to Samantha?

More than a song we want to remember the theme song of the famous series "Bewitched" which contributed to the spread of the name Samantha all over the world.

Valentine's Day: how do couples with children spend it? ❯

add a comment of Samantha name: origin, spread and meaning