Single mother and minor not recognized by the father: what rights? 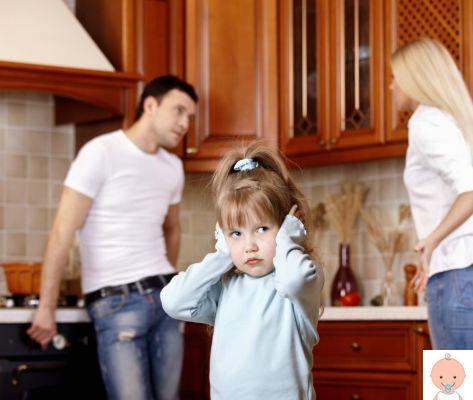 Rights of a single mother and an unrecognized minor

"Good morning lawyer. This is my story. I am Alice, I am 31 years old and 10 years ago I gave birth to a wonderful baby, Francesco. When I discovered I was pregnant my boyfriend was so enthusiastic that he promised me to get married but after a few days changed his attitude and abandoned us. Francesco, from an early age, began to ask me about his father. Who and where he was. I always answered his questions with silence but nowadays they are more insistent and the lack of a father figure for him has become unacceptable. So I would like to ask you: can my son currently still be recognized by his "father"? Even against his will? What rights would he have? And could I receive reimbursement for the expenses incurred so far? Thank you in advance ".

To answer these questions it is first of all necessary to make a brief excursus about the reference legislation. In January 2022 it entered into force the Law 219/2022 which provides in article 1 that "in the civil code, the words legitimate children and natural children, however they occur, they are replaced by the following: children ". This has therefore resulted in the disappearance of the distinction between legitimate and natural children. The law cited has also made changes to the previous articles of the civil code such as the new art. 315 cc , which expressly states that all children have the same legal status.

Read also: Being a single mother and raising a child alone

Rights of children born out of wedlock

In the case under consideration, the absence of the marriage bond does not entail any disparity in rights with respect to children born within the marriage. The man who does not intend to recognize the child born of a de facto relationship can be sued by the child's mother or by the child himself who has come of age, with the so-called "Action for recognition of paternity" for which there are no terms. The purpose of this case is to obtain, from the judge, the ascertainment of the natural paternity of the man. If the court ascertains the validity of the request, it issues a sentence that produces the effects of the recognition. In essence, the judgment of the court replaces the act of recognition that the man should have made and itself determines the relationship of filiation between the father and the child. This is the so-called judicial declaration of paternity (ie the paternity declared by the judge).

The proof of paternity is carried out through the examination of the DNA. If the father refuses to undergo the blood sampling, his behavior is considered a sort of admission of responsibility and that is enough for the judge to declare his paternity. The Supreme Court has in fact clarified in this regard that the unjustified refusal to undergo the haematological tests constitutes a behavior that can be evaluated by the as it is precisely the lack of objective evidence that is absolutely certain and difficult to acquire about the nature of the relationships that have taken place and about the actual conception a determine the need to derive evidence from the procedural behavior of the parties involved.


It is therefore useless for man (if not even counterproductive) not to collaborate fully in the judicial ascertainment of paternity. The judicial declaration (of paternity or maternity) referred to in art. 269 ​​cc is essential to allow the production of all its effects.

Declaration of paternity and maintenance

Therefore the declaratory sentence of the filiation, which must be issued, will go to declare paternity (with regard to the minor) and the resulting effects, also of an economic nature, will be effective from the birth of the child and up to the moment of his economic independence (a moment that it can also be after the age of 18). Regarding the economic question ("Reimbursement for expenses incurred") it is undisputed that from the birth of the child (and NOT from the act of recognition or from the judicial request) there is an obligation to maintain. But it is clear that this obligation becomes such only following a sentence that ascertains paternity.

A single mother, therefore, may require the man to give her money to provide for the child to grow. As is clear, the paternity sentence also produces effects on the right of the parent (in this case of the mother), who has fulfilled over the years the moral and material obligation to support the child, to obtain the refund of the amount paid. pro quota. Therefore the latter, on the basis of the declaratory paternity sentence, can then act to obtain the restitution of part of the sums paid for the maintenance of the minor, as well as obtain a maintenance allowance for the future, up to the economic independence of the same. The maintenance obligation falls on both parents, but in proportion to their respective economic capacities. The fact that the man is without income, unemployed or with a low salary does not justify him from finding a job that allows him to pay maintenance to his child. He is otherwise liable for the crime of violation of the family care obligations.

What if the father does not want to provide support for the child?

If the father does not want to provide for the maintenance of the child, the single mother can act against him in two ways: with a complaint to the carabinieri and with an appeal to the civil court to quantify the amount to be paid in favor of the child. In the event that, even at the outcome of the sentence, the father does not want to provide for the maintenance, the distraint. As regards the relationships between parents and recognized minor children, Article 315-bis of the our Civil Code expressly recognizes the latter's right to be morally assisted by parents and imposes on parents, in addition to the duty of maintenance, education and upbringing, also that moral assistance, respecting the child's abilities and personal inclinations. It is quite clear that this last "parental burden" is placed to protect the full behavioral and psychological development of the minor himself. Being a right to protect the minor, where the meeting with the parent "absent" from birth is useful for the same, as well as, as mentioned, his right, the Judge may impose a duty to visit on the parent who has "just recognized". However, I would like to suggest that it is increasingly desirable that the parents of the minor find an agreement on the matter in such a way as to contribute to making the moral and emotional development of the children serene.

add a comment of Single mother and minor not recognized by the father: what rights?