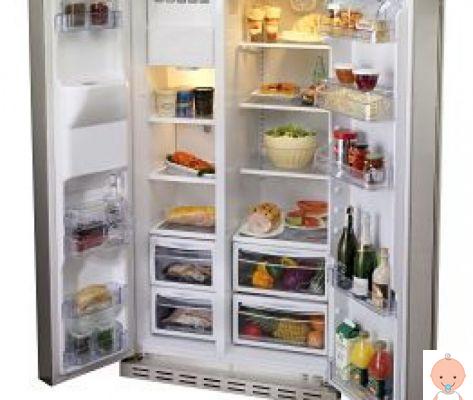 The merit is also of Desperate Housewives, the successful television series that in these days is broadcasting its latest episodes, if today the term housewife does not immediately come to mind a woman with a few extra pounds, who runs around in slippers and it only talks about laundry and recipes.
Yet the commonplace still resists. Stay-at-home moms are frustrated, interest-free women who are potentially doomed to unhappiness (Read).


But how true is this description?
Often women who become mothers and have the opportunity freely choose to stay at home for the first years of their children's lives: a kind of period sabbatical to devote himself exclusively to the family, before returning to work (Read).
But there are also different situations where women, in agreement with their companions, choose to stop working and devote themselves exclusively to the care of children and the home.

A choice to blame nowadays?
In fact after the boom of the eighties and nineties during which women, even on the push of the movement feminist, a priori rejected the idea of ​​quitting work (Read) in the name of equality and equal rights, today we are witnessing a reversal of the trend, which often involves families of medium-high income and social level, demonstrating that the cultural factor does not necessarily play a decisive weight in this choice.

If the choice is made freely, in common agreement with the partner and does not affect the degree of personal gratification and fulfillment as an individual there is no reason why the decision not to work should not be considered a choice in the name of happiness, especially if those who are housewives do not give up expressing themselves in other ways, other than work, such as hobbies, volunteering and sports (Read). The support the partner counts a lot, much more than that of the children, because the gaze of children is often cruel and not mediated by culture and the environment.

In short, the ! it is by no means an unworthy profession and it is not even if it is a choice forced by the circumstances (loss of job or lack of family help for the growth of children), yet the context and the social pressure matter a lot.
In a society where theequality between the sexes it is now widely accepted, parental leave for fathers is always very few and the care of children and the home is delegated to women in 96% of cas (Read).
And how many times do we turn up our noses when someone tells us they are !? A reaction that pushes stay-at-home moms to get defensive, as if they felt at fault, while in reality being an at-home-mom is at the same time a nurse, cook, housekeeper, maid, often an accountant for the family budget and a thousand others. what's this (Read). In short, she is a professional in all respects.


And looking back, another comes to mind telefilm much loved in recent years: "Brothers and Sisters" in a scene in which the mother of the family, now on the threshold of sixty, decides to throw herself into an adventure on the edge between entrepreneurial and solidarity and in the face of resistance from lenders she makes a speech that will leave you breathless, recalling that having raised 5 children and having managed a huge house made her at the same time an accountant, psychologist, entrepreneur, as well as a cook, organizer of events and so on.

Mother and career woman: how to reconcile family and work ❯

add a comment of Stay-at-home mom: desperate or happy?