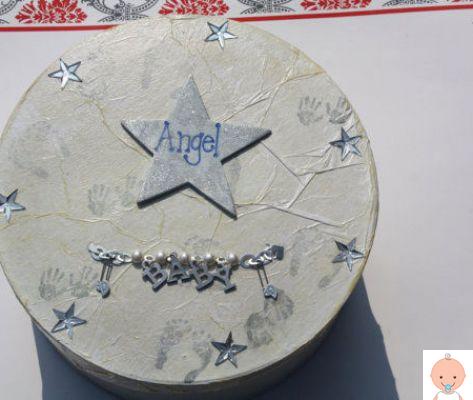 One of the most painful events that can transform the joy of pregnancy into a very difficult moment of mourning is the death of the fetus in utero, also called intrauterine or perinatal death. Intrauterine fetal death is still today a problem of great clinical and social importance and its incidence varies according to various factors related to clinical, economic and social parameters.
A worldwide incidence has been estimated at around 23 per thousand, with a significant difference between developed countries (5,3 per thousand) and those still developing where it remains very high (25,5 per thousand). . The el country is located in an area of ​​4,1 per thousand.

The World Health Organization defines intrauterine fetal death such as a fetal loss after the 20th week of gestation or, if the gestational time is not known, a birth weight of approximately 500g, which corresponds to the 22nd week of a regularly growing fetus.

Read also: A miracle happened after an abortion

The risk factors for intrauterine death are many, some difficult to modify such as race, socioeconomic factors, advanced maternal age, and others on which one can intervene such as infections, exposure to toxic and some maternal diseases such as diabetes, thrombophilia or hypertension.
The identification of risk factors allows to prevent, to a certain extent, negative obstetric events such as stillbirth. In this sense it is very important that a woman carrying some medical pathology linked to the risk of intrauterine death is adequately followed from the beginning of pregnancy in order to promptly grasp any problems relating to well-being and fetal growth.

Unfortunately still today apparently causeless stillbirths occur (10 to 40% of the total) and in this case, in the clinical setting, an attempt is made to find an explanation for these events by carrying out all the necessary tests to investigate the cause of death. The surveys that have proved most useful are the fetal karyotype, able to identify genetic anomalies in 5-10% of cases, the histological examination of the placenta performed in specialized centers, and the autopsy of the fetus.

Despite numerous medical advances in this area, there is still a percentage of apparently causeless intrauterine deaths.
The death of a child during pregnancy or after childbirth is a tragic and difficult event to overcome. The absence of a definite cause, beyond the strictly clinical point of view, can contribute to making this event even more dramatic and difficult to accept. The elaboration of mourning in this case can be very laborious, a series of reasons may appear to which there is no answer and the frantic search for explanations can result in a real obsession.
In these cases it is very important that parents can count on psychological supports to help them face and overcome such a difficult test. For this purpose, associations such as Ciaolapo onlus were born that offer support, comfort and comparison to the families who are affected by this drama, through initiatives, meetings and self-help projects. We had already talked about it on the occasion of October 15, the day of remembrance and prevention of prenatal and neonatal death.


In particular, these associations try to establish a national network of specialist centers in which, together with a correct diagnosis and adequate prevention in high-risk pregnancies, psychological support protocols are applied to bereaved parents. In our society too often the pain of families involved in such a dramatic event is underestimated, it does not find the necessary spaces for understanding and this can further complicate the psychological balance of the parents involved. Associations such as Ciaolapo are born with the aim of supporting parents who are faced with such a situation also because the grieving process, although it is different for each person, it can be milder if shared with people who have had the same experience.

Associations of this type also work to raise the awareness of "insiders" and professionals towards such a delicate issue and are concerned with investigating the outcome of perinatal bereavement in various psychological and social areas in order to outline intervention profiles suited to cultural and country needs.
Although in the country, unlike other states, it is not mentioned, October is Awareness Month on infant death and pregnancy loss (Pregnancy and Infant Loss Awareness Month) and aims to focus public attention on events such as intrauterine death, abortion, neonatal death and sudden infant death syndrome (SIDS), representing an opportunity to inform, teach , educate, support the cause and give a push in the direction of research and prevention.
Share articles like this one. People MUST know. Because even if the word "dead" next to "born" is still a lot, too scary, these things happen. And they can't be hidden

Our fears before becoming moms ❯