Streptococcus in pregnancy: prophylaxis, treatment and consequences for the newborn 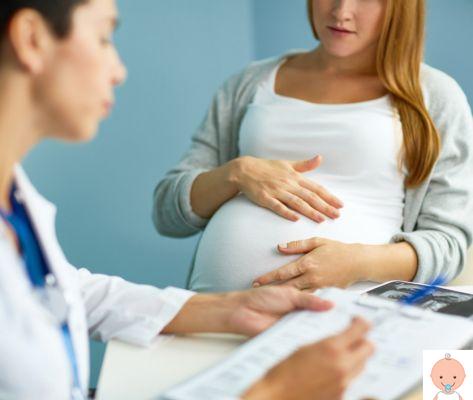 Lo strep throat in pregnancy is certainly one of the bacteria more feared by expectant mothers, because it could be passed on to the child during childbirth with consequences even serious. When we think of strep infection in pregnancy we are mainly referring to streptococco agalactiae, a Gram-positive bacterium commonly known as Group B beta-hemolytic streptococcus, which is naturally part of the human microbiota.


It is a harmless colonizer present at the gastrointestinal and uro-genital levels, but which in some situations can turn into a pathogenic bacterium that gives rise to infections. Group B beta hemolytic streptococcus (Streptococcus agalactiae) is present in 15/20% of healthy women who do not have any symptoms: this microorganism is able to cause infection, it can attack the respiratory tract, urinary tract and skin but is fought with antibiotics specific and presents no complications, except in pregnancy.

Read also: Pregnancy at risk, what to do

Group A streptococcus in pregnancy

Streptococcus A is the most well known for the infections it causes gola, tonsils and upper respiratory tract. It is transmitted via saliva and is diagnosed with a simple throat swab. It should be treated with one antibiotic therapy about 10 days and if treated correctly it does not involve complications.

Streptococcus B in pregnancy

Lo group B streptococcus (GBS) is a type of bacterial infection that can affect the vagina or gastrointestinal tract of the pregnant woman, often it is asymptomatic and it is the type of strep that worries most during pregnancy because a mother can pass the bacterium to her baby during childbirth. Not all babies born to a mother with strep and that result positive the bacterium will get sick, however consequences they could be serious and therefore the strep test is included in routine examinations during gestation.

How to avoid strep in pregnancy

As we said, streptococcus is a bacterium present in a completely way harmless in 20% of women therefore it is really difficult to be able to avoid it completely. What is most important is to do the swabs and the tests prescribed by the gynecologist which are used to identify the presence of the bacterium.
In case of a positive result they will be administered intravenous antibiotics during childbirth to reduce the chance of the baby getting sick.

During pregnancy the gynecologist will prescribe a vaginal swab, rectal swab, and urine culture between the thirty-fifth and thirty-sixth week of pregnancy. In the event of a positive result from one of these tests, you may decide to start one antibiotica profilattica therapy.

The swab is carried out by taking small samples of vaginal and rectal secretions, through thin and long sticks similar to cotton-buds: the material taken must be sent to the laboratory where the germ is searched and the results are obtained within 48 hours.

How strep is transmitted to the baby

About the80% of neonatal GBS sepsis it is due to transmission during labor and delivery. From the estimates made it emerged that the probability of transmission of the bacterium from mother to child during childbirth is equal to 70%, but only 1-2% of infants actually developinfection. According to experts the elective caesarean section in the absence of labor and with intact membranes it is not associated with neonatal colonization and presumably not even with infection.

There are some factors which aggravate the possibility of maternal-fetal contagion and are:

What are the consequences on the newborn

Streptococcus infection in pregnancy can be asymptomatic, but it can also have serious consequences for the mother and especially for the fetus.

La intrapartum maternal bacterial colonization is a risk factor for a Streptococcal infection in the newborn which can present with:

Infection of the newborn can manifest itself:

How to cure strep infection in pregnancy

In case of positivity al test for strep it is necessary to intervene promptly to reduce the risk of transmission of the bacterium to the baby during birth.

Generally lStreptococcal infection is treated with antibiotic therapy but in many cases it is necessary to intervene with an intravenous antibiotic prophylaxis, generally based on ampicillina, during labor which appears to reduce the risk of the infant contracting the infection by a factor of XNUMX.

add a comment of Streptococcus in pregnancy: prophylaxis, treatment and consequences for the newborn