Surgery in pregnancy, what are the risks? 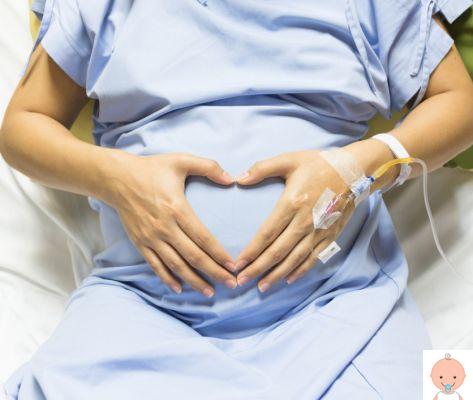 During pregnancy it may happen that the expectant mother is affected by a pathology or a clinical problem that can only be solved through surgical measures. Clearly, if you are planning a pregnancy and the pathology is already known, it is good to undergo any definitive intervention before conception or after the birth of the child. But what happens, instead, if you have to undergo surgery in pregnancy?


In case a emergency surgery Doctors know that special pre- and post-operative care is required as well as adequate caution in moles anesthetic methods and in the administration of analgesics, which can cause a severe drop in blood pressure and a reduction in the body's oxygen reserves.

It is important to remember that no type of surgery can be considered completely risk-free and surgery performed during pregnancy requires some additional precautions such as the aforementioned ones which, if implemented, allow the mother and fetus to face the surgery without particular problems.

Read also: Pregnancy at risk, what to do

The main pathologies that require emergency surgery are:


The biggest difficulties often concern the diagnosis: some disorders manifest themselves with symptoms that can be easily confused with those of pregnancy and therefore it is difficult to arrive at the exact diagnosis in a short time.

It is what often happens with appendicitis which causes cramps that can easily be confused with the normal abdominal pains that can arise during the nine months.

Appendicitis usually presents with a pain sharp and sudden in the right side of the abdomen, although the painful area can often be more extensive, reaching the thigh. Other symptoms are nausea, vomiting and even very high fever.


In the event that an inflammation of the appendix occurs in the expectant mother, it is very important that the diagnosis is timely. If you suspect theappendicitis it is necessary to intervene surgically to remove it as soon as possible because untreated appendicitis during pregnancy can cause even fatal consequences; if the appendix pierces the contents it infects the peritoneum causing a very serious peritonitis which can lead to death.

Doctors typically proceed with surgery immediately laparotomy, which is a surgical incision of the abdomen.

Laparoscopy is practiced in numerous circumstances such as:

It is clear that the possibility of having to undergo general anesthesia scares expectant mothers who are afraid of putting the health and development of the unborn child at risk. If there is no way of rimandare surgery after childbirth and it is therefore essential to perform an operation with total anesthesia remember to trust the doctor with confidence and ask all the questions that come to mind, to give a informed consent to the intervention. Some anesthetic drugs can, in fact, have teratogenic effects, especially if they are used in the first trimester of pregnancy, when the fetal organs are in full development.

add a comment of Surgery in pregnancy, what are the risks?