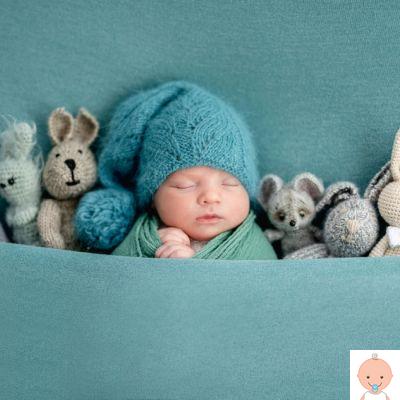 Choosing the name of your children is always difficult: you have to come to an agreement and often even relatives want to put their mouth to it. There are those who opt for a common name, those who choose a foreign one, those who still honor the memory of those who are no longer there. If, on the other hand, you are among those who want to be inspired by the month of birth, here is the list of the best ones holy names of January.

Born in winter it may seem bad because it is cold, the days are short, in reality it is a nice advantage because the heat is very disturbing Infants and new mothers. In addition, there is an excuse to stay at home and not have to see many people, which is generally appreciated by new parents! If your child was born in January, you can choose a winter name or one dedicated to the saints.

Saints of the month of January

I saints of the month of January there are many, in addition to those in the calendar. Some have very strange names, perhaps because they are foreigners, or because they are saints from very distant times, even before Christ. However, we have identified 10 beautiful names to give to babies.

Read also: The most beautiful names chosen from the Bible

It is not easy to choose i most beautiful names of the saints which are celebrated in the month of January but we tried. Here are five that you can choose for yours girls:

Male names of saints of January

If instead you wait for a little boy, also in this case the cute names are not lacking. Here are the five we have selected:

January it is a month in which saints are celebrated with beautiful names, you just have to choose the one for your son or daughter! And if by any chance he is late ... take a look at the names of the February saints!

The 15 most annoying smells in pregnancy ❯