The 15 most annoying smells in pregnancy 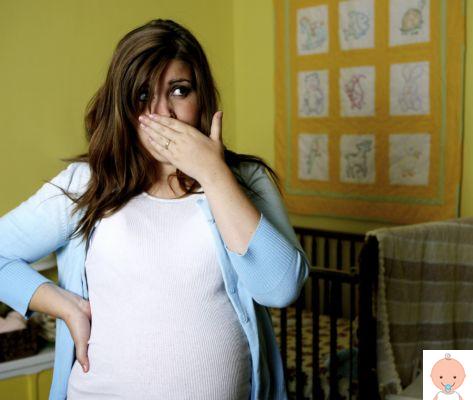 During the pregnancy we know that due to the action of hormones (mainly estrogen), expectant mothers become particularly sensitive to smells and tastes. And there is no shortage of surprises: often a dish that was very popular until before pregnancy now seems to have become disgusting. And even the most unexpected smells become unpleasant.


The first trimester is the worst time: especially if you suffer from nausea most of the smells will become a real stink

So here are 15 smells to stay away from during pregnancy


whether cooked or raw, fish becomes a real enemy! It doesn't matter if you were a lover of fish dishes before. Now just passing in front of a fish market will make you sick.

The sight of a raw steak can certainly be disgusting, but its smell can also be very unwelcome

even the smell of eggs, especially hard-boiled eggs, can be very annoying

stay away from perfumeries, that concentrate of mixed perfumes would annoy anyone, even those who are not expecting a child

your senses sharpen and since you are pregnant you have a superhero sense of smell. And so not only will you be bothered by the stench of sweat of those who have exhausted themselves for hours in the gym, but also of a normal person who has put on deodorant only two hours before.

you thought you got used to living with this stench of poop, after years of cleaning your firstborn's bottom and then keeping him company in the bathroom for at least twenty minutes. Instead now the stench of poo becomes really unbearable

Even if you don't have a dog, dog food, the one in the can, can cause you a real bout of unexpected nausea

were you heavy smokers before pregnancy? Well if you don't know how to quit in nine months, just know that the smell of a lit cigarette will be really disgusting.

it doesn't matter if it's your beloved family dog ​​or cat or the elephant in the zoo. When a baby is expected, any animal is annoying

any detergent or paint or product of this type becomes unbearable

you can't suffer from body odors

The smell of the car upholstery already annoys you, but if someone has also hidden one of those fragrant trees somewhere ...

strange because you've always liked the smell of petrol, but not now!

add a comment of The 15 most annoying smells in pregnancy