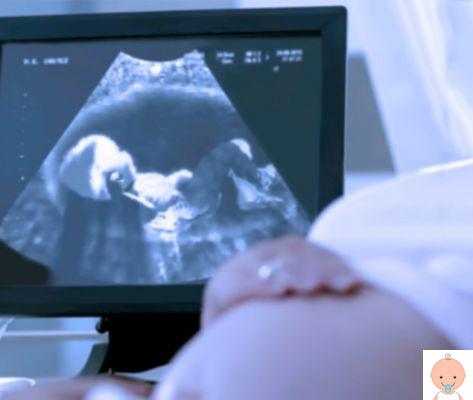 Il Bi-Test and Tri-Test they are maternal blood tests aimed at analyzing some specific markers that can indicate a high probability that the fetus has some chromosomal alterations. These are non-invasive tests that have exclusively a probabilistic and non-diagnostic value. Let's see what these analyzes consist of and when to do them.

Tri test, what is it

The tri-test is a maternal blood sampling aimed at studying the substances produced by the fetus and by the maternal placenta. This test is done between 16th and 17nd week of gestation. It turns out to be unreliable if the mother is expecting twins and if she has gestational diabetes. When there are fetal chromosomal alterations (Down syndrome, neural tube diseases) some substances are altered. The presence of an abnormality of these substances plus the age of the mother determines an increased risk of having a child with Down syndrome.


The substances that are studied are:

The study of these substances directs the mother towards further investigation investigations (such as amniocentesis) if a quantitative anomaly is found with respect to the normal presence of the same during this gestational period. The test is positive if the estimated probability of having a baby with abnormalities is equal to one in 250 children.

The Tri Test can be negative where the values ​​are considered normal or in the limits. It is good to remember that it is a probabilistic test only that can give false positives e false negatives.

The result will be obtained only after integrating the first results with those emerging from the second analysis.

How to read the test values? First of all, before carrying out the analysis, it is important to accurately date, by ultrasound, the pregnancy and the age of the fetus. Then, based on her age and her characteristics, the expectant mother is attributed a "threshold"To be taken as a reference point: when reading the results, a numerical value above the established threshold indicates a low risk of anomalies, while a value below the threshold or very close to it can indicate an increased risk of chromosomal pathologies and anomalies and can push the gynecologist to advise the woman to do more invasive diagnostic tests, such as chorionic villi or amniocentesis.

Usually the tri test is offered free of charge from National Health Service, although some structures may require payment of the ticket. In private workshops it can cost around 100-120 euro.

Bi test, what is it

The bi-text (Duo Test) is a maternal blood sampling that is carried out between the eleventh and fourteenth week of pregnancy, in this case, in addition to evaluating the maternal age as a risk factor, the quantities of these two hormones are analyzed:

At the same time, for a combined test (Ultrascreen) a 'echography to measure nuchal translucency thickness and fetal measurements.

Bi test how it's done

It is a simple blood sample that must be done within the thirteenth week of gestation and does not require any specific preparation and it is not necessary to be at fasting.

Usually the test is defined positive when the risk is equal to 1 of 250 and chorionic gonadotropin is present in high quantities while the plasma protein appears to be decreased with respect to the normal estimate of these substances during the weeks of pregnancy mentioned above.

The results that emerge from the nuchal translucency and the duo-test are processed by a software in combination with maternal age, fetal length and gestational age. The values ​​of the two markers examined are inversely proportional: if PAPP-A decreases, free b-hCG increases and the more their values ​​differ from each other, the greater the risk. That said, therefore, there is no negative result but only a measurement of the risk calculation that can be more or less high and can lead the gynecologist to recommend invasive diagnostic tests.

In the presence of a positive result, that is risk calculated higher than 1 in 250, we are in the presence of a high risk. Therefore, prenatal diagnostic analysis is recommended, an invasive test that is able to say with certainty whether the fetus is affected by a chromosomal abnormality.

The Bi test alone can detect approximately 60-65 percent of Down's Syndromes, combined with nuchal translucency the percentage can reach up to 90%. However, it is always good to reiterate that it is a probability calculation and not a certain diagnosis: a negative result of the bi test or the combined test does not totally exclude a chromosomal pathology. Furthermore, the false positive rate after the first test is about 5%. Each single value of the bi test must be read and interpreted also in the light of the maternal age and the values ​​of the nuchal translucency.

Il cost of the Bi test and the combined test it can vary from hospital to hospital and from laboratory to laboratory. Privately it can cost up to 250 €, but it can be done too for free with the National Health Service.

add a comment of The bi-test and the tri-test, what they are and when to do them