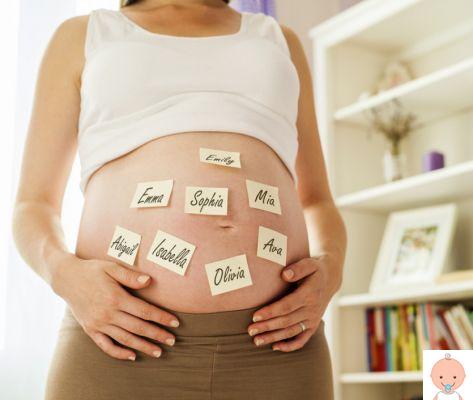 The children of VIPs with strange names

The fashion of VIP of our home and overseas giving children strange names shows no sign of fading. If we are struggling with the choice of the child's name we could always take a look at the names chosen by famous people in the country and abroad to get inspiration. We might be surprised to find inspiration, not necessarily too extravagant.

Names of the children of foreign VIPs

The overseas VIPs are not new to really risky choices In the beginning it was Lourdes Maria, the daughter of Madonna, but then year after year the protagonists of the international entertainment world have never ceased to amaze us and unisex names are also on the rise. A few examples?

The house princess Beckham is called Harper Seven: arrived after three sons named Brooklyn, Romeo and Cruz, the little girl certainly could not be called Mary. A few examples? Let's start with the best known, those who have already been criticized or admired on the pages of the tabloids. Madonna named her first daughter Lourdes Maria, Tom Cruise and Katie Holmes gave their only super fashion daughter the name of Suri.

The daughters of Demi Moore and Bruce Willis their names are Rumer (it means gypsy), Scout LaRue (inspired by the name of one of the protagonists of the film The darkness beyond the hedge), and Tallulah Belle, which means "Waterfall" in the language of the Native Americans.

And then there is a strange fixation with the Blu! U2 guitarist The Edge called his daughter Blue Angel, Geri Halliwell, ex Spice Girl, called his little girl Bluebell and looking at our house Zucchero "Sugar" Fornaciari called his son, had by his partner Francesca Mozer, Adelmo Blue.

So here's a list of the strangest names chosen by VIPs for their babies:

Names of the children of the VIPs and the townspeople

Even if in the country the tradition continues to be very followed, even in the entertainment world, there is no shortage of parents who have made original and decidedly extravagant choices:

Names banned in the world, the most striking

As much as the VIPs try to be original and jump to the honors of the social and social news for their choices, even in terms of names, there are still limits. In particular, some names are strictly forbidden, for example:

Cats know when a woman is pregnant ❯