The choice of the name: rules to be respected 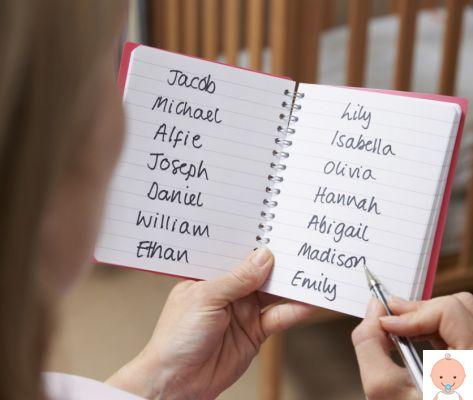 Rules for choosing the name of children: what is forbidden

The choice is not easy, since the name imposed by the parents will accompany the child throughout his or her existence. A strange, ugly, offensive, or too peculiar name could be embarrassing for years to come.
The state and the country dictates some rules (Articles 34 and 35 of decree no.396 / 2000) that future parents must consider:

Read also: How to choose the name for the baby

It is important to remember that this is the law, but that the registry officer will no longer be able, as was the case in the past, refuse to register the child's name even if this is contrary to the law. The fourth paragraph of article 34 of the aforementioned decree in fact highlights:

If the declarant intends to give the child a name in violation of the prohibition established in paragraph 1 or in violation of the indications of paragraph 2, the registrar warns him of the prohibition and, if the declarant persists in his determination, [...] immediately gives notice to the public prosecutor for the purposes of initiating the rectification judgment

The choice of the name can be done in many ways

It often happens that the wife disagrees in pursuing this tradition, either because she doesn't like her mother-in-law particularly, or because the grandfather's name is too old-fashioned; she risks breaking the marriage. The spouses will have to make the decision by mutual agreement, opting for a name that suits both of them, neither of them will be able to force the other to accept a "family name" if they do not like it. Calling a little girl Giuseppina, Antonia or Santina in 2022 just to make her mother-in-law happy is inconceivable, as is calling a child Ambrogio, Salvatore or Vincenzo just because your father insists. The name you give your little one will have to please you.

Tomorrow your children will grow up, they will compare with classmates, they will travel, the name that you parents will impose will be their business card. They will have to love their name.

The second pregnancy is easier for the immune system ❯

add a comment of The choice of the name: rules to be respected