The first month of pregnancy 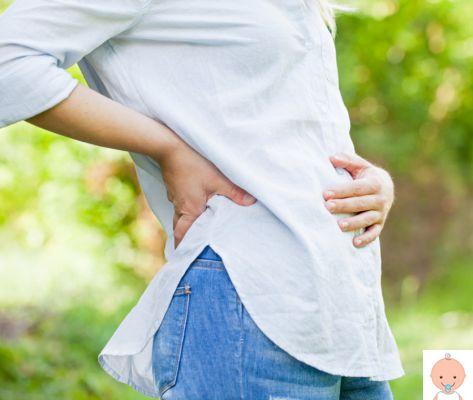 First month of pregnancy, what happens

The first month of pregnancy begins from conception which occurs approximately 14 days after the start of the last menstruation, at the time of ovulation. However, since it is difficult to establish with certainty the day of ovulation (and even more so that of fertilization), we prefer to date the pregnancy starting from a certain datum as it is. on the first day of your last menstruation.

In most cases, the mother does not notice anything until her period fails because during the first week there are no symptoms that indicate a pregnancy in progress. In the second week, slight bleeding may occur due to implantation leaks. Mood swings, fatigue, drowsiness, nausea are symptoms that can appear from the third week of pregnancy.

First month of pregnancy, what not to do

First month of pregnancy, analysis to be done

First month, how many weeks is it

The egg is fertile about two hours after sexual intercourse. During this week of pregnancy, the fertilized egg migrates from the fallopian tubes to the uterus, this phase is called implantation. During the first week of pregnancy, there are no symptoms of an ongoing pregnancy. Also because the menstrual cycle is not yet late, the weight is the same and you don't have the classics yet nausea of ​​pregnancy. At the end of the first week of pregnancy, the embryo measures 0,1 millimeters. Your body is not showing any noticeable changes yet. For example, estrogen levels are increasing which can give you an extra boost of energy, as well as increasing progesterone levels.

Chorionic gonadotropins (better known as Beta HCG) are produced which cause a positive response to the pregnancy test. During the second week of pregnancy, the baby is between 7 and 14 days old and is now firmly implanted in the womb. The embryo measures 0,2 mm and a small amniotic cavity appears. Light bleeding is also possible during the first two weeks of pregnancy. It is not the menstrual cycle, but the so-called implantation losses.

At the beginning of the third week, the first menstruation fails. Your embryo is between 14 and 21 days old and measures approximately 1,5 mm. The nervous system, brain and marrow begin to develop. The two blood vessels are fused and contracted: the heart originates there and begins to beat very slowly (about 40 beats per minute). You can start feeling early pregnancy symptoms, such as mood swings, fatigue, daytime sleepiness, breast tension, morning sickness. It is possible that small blood losses may occur: most likely these are normal losses, related toimplantation of the embryo. But if the losses become more abundant it is good to contact the gynecologist, especially if the lower abdominal pain is also present: there may be an ectopic pregnancy in progress or a miscarriage.

Twelve days after missing your period, the home urine test will reveal pregnancy. L'embryo it measures about 4 mm and its weight has multiplied ten thousand times, at this point in the pregnancy it looks like a large spot floating in the amniotic cavity.
Arms, legs, and eyes begin to take shape, as do the digestive, pulmonary and spinal systems. The typical discomfort of the first weeks of pregnancy can vary a lot from woman to woman: drowsiness, salivation, breast tension, increased appetite, frequent urination. Some smells or foods make you nauseous and the nipple area has perhaps changed color, becoming darker.

The prolapse of the funiculus ❯

add a comment of The first month of pregnancy