The importance of the midwife 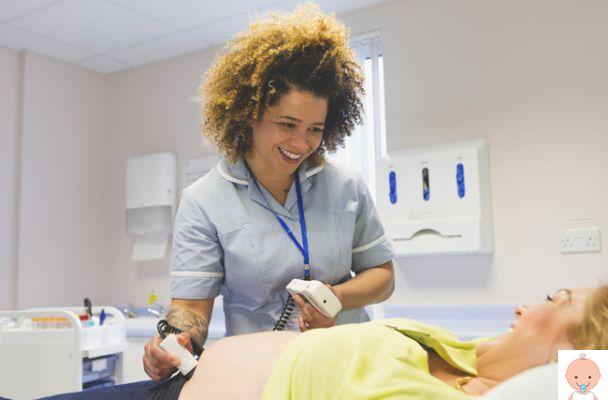 WHAT THE MIDWIFE DOES - Midwife, midwife, mommy .... these are just some of the names with which in history the female figure who followed and helped other women during pregnancy, childbirth and breastfeeding was identified. In every culture this figure is a reference for other women and the respect that is attributed to her is of great importance.

Contrary to what is generally thought, the midwife does not only deal with the completion of the birth, but accompanies the woman and the couple from the preconception period, then following the whole pregnancy. il labor and childbirth, breastfeeding until weaning.

This figure, this woman for the woman represents the column, the support of the future mother (and also of the father) throughout this journey: it is to her that the couple can ask questions and confide doubts and fears, and together with her face and overcome them .
Every woman has within herself the ability to give life in a natural and spontaneous way, the midwife will be the figure who will be able to recognize the strengths of the woman and build on them a renewed self-esteem of the woman herself, according to the process ofwomen empowerment (process of growth of the individual based on the strengthening of self-esteem to bring out hidden and unknown resources).

Read also: The midwife's advice for 40 weeks of pregnancy

Nowadays women are led to think, probably due to the now established tradition of the medicalization of pregnancy and childbirth, that if followed by the specialist gynecologist can ignore being followed also by the obstetrician: what in reality should be reported in the mind and in the social idea is that the two figures, obstetrician and gynecologist, are complementary, but different and that each of the two is necessary but not sufficient in dealing with pregnancy and the delivery as a whole.

The doctor will tend to focus more on those aspects related to the actual course of pregnancy, its evolution from the clinical side and the examinations, while the midwife will focus on the evolution from the lived side, of the messages that the body itself sends. to the future mother (eg nausea, insomnia...) of the reason for these events and their solution, of the development of a prenatal and postnatal bond of the mother-father-child triad, with a view to a continuity of care.


L'midwife therefore takes on the role of protector of pregnancy, after childbirth, but above all guarantor of the rights of intimacy and respect for physiology during labor and delivery: in these moments the midwife will find herself to be an active mediator between hospital medicalization and the request for physiology and naturalness of the couple, managing to leverage, once again, the internal resources of the woman and channeling them towards labor and delivery.

Read also: How to become a midwife: one who has made it tells us

It is now a common opinion in the world that a woman who receives continuous assistance during pregnancy and childbirth and who manages to develop a relationship of trust and complicity with her midwife, will have less use of analgesics during labor, will have less risk of caesarean section during labor itself and lower risk of having a postpartum depression. This is because she will feel accompanied (not pulled!) In the discovery of her resources, in this wonderful moment of her life which is pregnancy, childbirth and breastfeeding, by a figure who will not impose herself, but will take her hand, welding the hold little by little

by the Midwife Chiara Matteuzzi

add a comment of The importance of the midwife