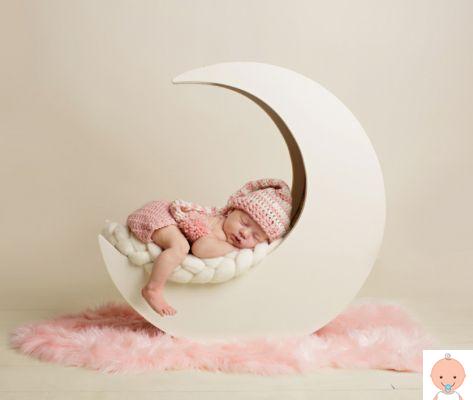 Does the moon affect labor?

All pregnant women know that there is a popular belief, handed down by generations of women, according to which the moon and in particular the full one would increase the odds of labor. Let's try to make a little bit of clarity between legend and reality, between science and myth.

First of all, can even those who are far from the term of pregnancy, for example at the end of the eighth month, be affected by the full moon? And who is expecting twins or has a caesarean section scheduled? I challenge anyone to say they have never asked themselves these questions. The answer is complex, and is not based on very large or international studies, but only on observations made at some birth points. According to these observations, there would be an increase in labor, whether it is spontaneous, twin or Caesarean sections scheduled in the days of full moon. However, this concerns women who have a term of pregnancy two or three days before or after the full moon, so let's say in the six days that comprise this phase of the lunar calendar.

Calculation of childbirth based on the moon

Women far from the term or outside the aforementioned period would not be affected by the phenomenon. According to which theories, how then the moon might affect the onset of labor? On this point it must be said that the theories are varied. Here are two of them, the most common.

Read also: Influence of the moon on the date of birth

Influences of the moon on childbirth

But are there any scientific studies that confirm or disprove these theories? Several studies have dealt with the veracity or otherwise of theinfluence on the The two main births were conducted in the United States and Belgium. In the first case, the scientists simply recorded the number of parts in the various phases of the moon, all observed for sixty-two cycles.


The second study, on the other hand, was conducted by a midwife who, after having witnessed labor and births both at home and in the hospital, came to evaluate the relationship between about 3000 of these and the phases of the moon. The conclusions? Both have not highlighted no relationship between full moon and labor. Or, there is no scientifically demonstrable proof that the phases of the moon and especially the full moon can influence birth.

Why then is this such a widespread belief?

The most famous urban legends explained to children ❯

add a comment of The Influences of the Moon on Labor