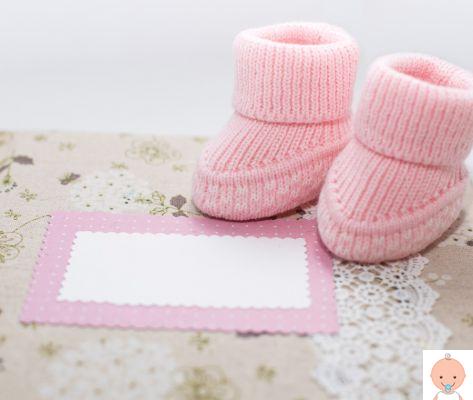 Choosing a name for your child is perhaps one of the most engaging moments for a couple. And if the options are related to the birth of a girl, the choice will fall on one of the female names in the list of the most beautiful ones, depending on the tastes and inclinations of the parents. You can opt for unisex names, or for very elegant names chosen from the best proposals of the year in which the baby will be born. Still others refer to the names of Disney princesses and finally, again to give a pop and modern aura, they choose very popular American female names, which have now entered the common lexicon of our language too. Choosing an American female name doesn't mean that it will be difficult for the girl who carries it to spell her name once she is grown up and attends school. Some names are spelled and pronounced exactly like in the village! And it is precisely on these that the choice of parents can be addressed who perhaps have some connection with America (they were born there, they studied there or they went on a beautiful journey together) but do not even want to make life difficult for relatives and friends who they do not chew their tongue. Celebrating America in this sense is very simple, even without choosing a too complicated name that puts the family or the girl herself in trouble at school, for example.

We have identified the most beautiful among the short and elegant ones, but also among the most particular and exotic ones coming from American culture. Here they are.

American female names: the most beautiful

Here are some elegant, short and widely used baby girl names in the country, which perfectly reflect a modern but also classic taste. They are names that have entered the common language, often also used by local VIPs (such as Clio Zammatteo, who named his daughters Joy and Grace in honor of their birth in the USA) but also appreciated for their melodious and easy sound. to pronounce. Here are the most beautiful.

Among the most popular American baby girl names in the country are also easy-to-pronounce names that are now used as an alternative to el country names. The important thing is obviously that they are easy to pronounce, to facilitate even those who do not chew English but are keen not to miss the name. Choosing it also means making grandparents happy who will say it a thousand times with joy, so making it easy for them will be a welcome gift. Here are the most beautiful:

Obviously, among the possible choices there are also original names, sometimes even a little hipster, that parents like who, by choosing the name of their child, want to leave their mark. There are female names of American origin that carry high the flag of the most important values, for example freedom or uniqueness. Others, on the other hand, are names that bring back to the brilliance such as Diamond which means Diamond. Others, on the other hand, are just very musical and are appreciated and sought after by parents who are not afraid to choose a very particular name, although it is not very common in our country.

There are American female names that in addition to being very beautiful also have a deep meaning. And they are also chosen for this. Here are a few

Sometimes the Americans carry particular names in honor of the name of one of the United States of America, of the cities, or the names of plants and flowers of the numerous parks or even names related to well-known brands or characters from TV series. Here are some of them:

add a comment of The most beautiful American female names