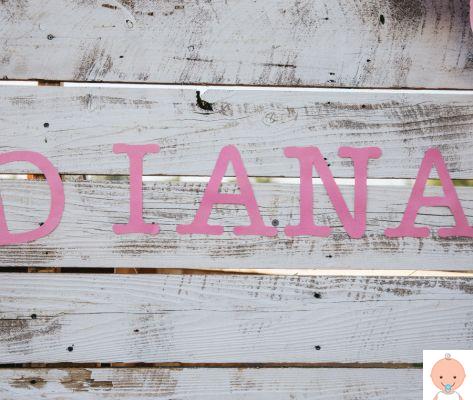 Girl names that start with the letter D.

Let's think of a vintage name that's back in fashion like Daphne, Or Daniela e Debora, which in the Eighties were among the most popular female names in the country and which today have less luck: today we offer you a guide to names for girls the letter D, and we'll give you some ideas if you're expecting a little princess and grappling with the daunting task of choosing a name.

First, to choose the right name for your daughter, you could access the convenient and practical name counter that ISTAT makes available: it is a tool that provides the classification of 50 names most used in the country every year, starting from 1999, but on which we can also focus on a precise name to find out how its diffusion in our country has changed from 1999 to today.


If you're on the high seas and have no idea where to start to find the right name, start sifting through a classic name book - trying to pronounce name and surname together to make sure that everything is harmonious - and also go backwards in your genealogical tree, looking for names with an ancient family tradition that may even surprise you!

The most popular baby girl names with the letter D

In the top 50 of the most popular names in the country in recent years there is no female name starting with the letter D, so to understand which are the most sought after we have to dig deeper, going to intercept the latest trends and growing values. Here, then, is a selection of female names starting with the letter D. with relative date on which to celebrate the name day:

The most beautiful female names starting with D meaning and origin

Now we offer you a list of baby girl names starting with the letter D that have a nice meaning.

In this list, however, we have decided to compile a long list of female names starting with D. For each name, find one guide deepened on the meaning, the origin, the name day, the personality of who bears that name.

Female names with D, most used according to Istat

Every year the ISTAT in the context of the Birth Report also provides the ranking of the most used male and female names in the country. With this calculator we can find out the rankings of 2022 and also those of the past years, up to 1999. However, in the rankings of the last few years no female name starting with this letter has placed high in the top 50 and therefore it is necessary to dig a little 'deeper, investigating the latest trends and rising popularity.

Girl names that start with other letters