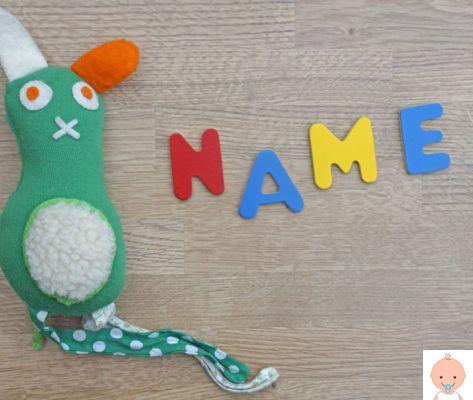 Male names starting with the letter A.

A like Alessandro and Andrea, who are among the most popular male names in the country, but also like Adam or Amos, more modern and rare that look at foreign onomastics. Today we propose one guide to names for boys the letter A, and we will give you lots of food for thought if you are expecting a boy and you are struggling with the arduous task of having to choose the name.

When a baby is on the way, one of the most exciting experiences of pregnancy is having to choose a name. Many families still opt for a familiar name, perhaps that of their grandfather or a loved one, while others prefer to fish from the list of more particular names, perhaps a foreign name or take a look at the ISTAT calculator on most popular names in the country, which allows you to have a clear and precise photograph of which are the most popular names of the moment and which are the rarest. As for female names, we always advise you to try to associate the name and surname - generally a long name goes well with a long surname and vice versa - and to pronounce them together to verify their harmony and musicality.

The most popular baby names with the letter A

We can easily imagine that the most sought-after names by future parents are, on the one hand, the most popular in our country and, on the other, the most fashionable ones, perhaps the names of the children of VIPs or those that are more trendy. So here's one list of names starting with A among the most searched from future parents. In this way we will immediately have the idea of ​​what are the trends of the moment and we will know when is the day to celebrate the name day.

The most beautiful male names starting with A meaning and origin

Now we offer you a list of ten male names which have a particularly evocative meaning or are auspicious.

In this list, however, you will find a long list of male names starting with A. For each name, find one guide deepened on the meaning, the origin, the name day, the personality of who bears that name.

Male names with A, most used according to Istat

Every year, ISTAT in its Birth Report also provides the ranking of the most used male and female names in the country. We currently have the standings of 2022 and in this list we want to make you a list of male names starting with the letter A that are positioned in the top 50.

Until a few years, other names have also entered the ranking of the 50 most popular names in the country, for example: