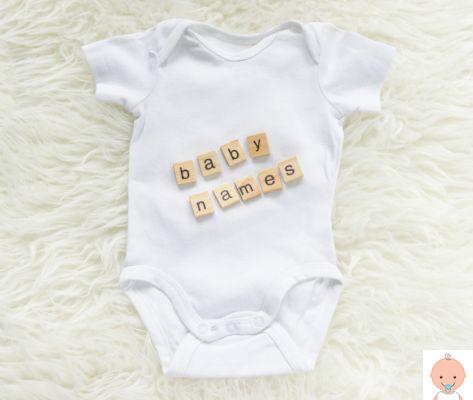 Male names starting with the letter B.

B as Bruno or as Beniamino, which are certainly classic and traditional names, but also as Brian or as Brando, which are more modern and less popular. After offering you a guide to male names starting with A, today let's move on to names for baby the letter B, with many curiosities, from the dates of the name day to the meanings.

If you are expecting a boy you will soon be grappling with the choice of the name, one of the most magical and engaging moments of pregnancy. You can browse a dictionary of names, or a classic book, where you will find suggestions and ideas for male and female names, or consult the practical ISTAT calculator on the most common names in the country, which offers you a standings of the 50 most used names in our country from 1999 to 2022. Remember to pronounce your name and surname together, to see if there is harmony and assonance and avoid particular names, too strange or that could be ridiculous. In short, don't necessarily go along with fashions but take a critical look at the hottest names of the moment.

The most popular baby names with the letter B

Of course, taking a look at the ranking of names most used in the country we can know which are the most sought-after names starting with the letter B (even if in the top 50 male names with this initial are completely absent), but we can also imagine it by reading the news and gossip concerning the choices in terms of names of the characters of the entertainment world.

So here's one list of names starting with B. among the most sought after by future parents with relative date on which the name day is celebrated.

The most beautiful male names starting with B meaning and origin

Now we offer you a list of ten male names starting with B that we have chosen essentially for theirs meaning.

In this list, however, you will find some male names starting with B for which we have created an in-depth guide on the meaning, origin, name day, personality of those who bear that name.

Male names with B, most used according to Istat

Every year, ISTAT in its Birth Report also provides the ranking of the most used male and female names in the country. If we look at the standings of 2022 we realize that in the top 50 there is not even a name for a boy who starts with the letter B and even going back over the years there are no big surprises.

In fact, male names starting with B are few and for the most part they are very ancient, sounding excessively archaic and therefore little loved by modern parents. Let's see what are the most popular names: