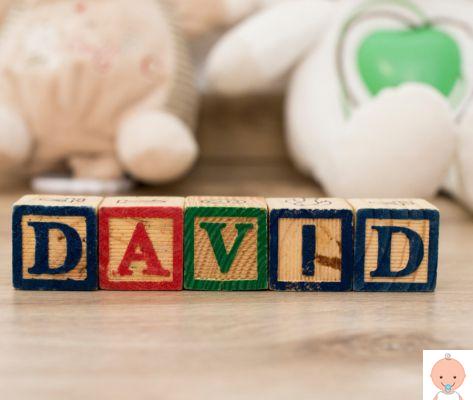 From Davide, one of the most popular male names of recent years, to Dario today we offer you the guide to names for baby the letter D, with all the curiosities, from the dates of the name day to the meanings.

Are you expecting a baby boy and are you grappling with the arduous task of choosing the right name for him? Start by browsing the classic book of male and female names, or a dictionary, try to go back in the genealogy of your families (you might be surprised to find a traditional name or even a particular and less common one that you never imagined you might like), or consult the ISTAT calculator on the most common names in the country, which offers you one standings of the 50 most used names in our country from 1999 to 2022.

The most popular baby names with the letter D

To find out what are the most common names in our country and find out, therefore, which are the most common male names starting with the letter D, just go to the ISTAT calculator called Contanomi and consult the top 50 for 2022. Thus we discover that Diego it ranks sixteenth with an absolute value of 2885, followed immediately after by Davide with an absolute value of 2673. In 39th place we find Daniele, with a value of 1339, while the foreign variant Daniel it is in 44th position with 1082. The name closes the top 50 Domenico, decidedly traditional and clearly family-inspired, which is in 48th place with 804 as an absolute value. Etc, therefore, one list of names starting with D among the most sought after by future parents with relative date on which the name day is celebrated.

The most beautiful male names starting with D meaning and origin

If you are more inclined to choose a lucky and auspicious name, here is a list of ten male names starting with D that we have selected based on their meaning.

In this list you will find some male names starting with D for which we have created an in-depth guide on the meaning, origin, name day, personality of those who bear that name

The male names with D most used according to Istat

According to the IST-named Contanomi, in the top Fifty there are some male names starting with D such as Daniele, its variant Daniel, Diego, Davide and Domenico. But there are also other names starting with this letter which are quite common in our country. For example Dennis and especially his variant Denis which in 1999 had an absolute value of 300 and which in 2022 fell, however, to 155. Also Damiano it is particularly popular, with an absolute value in 2022 of 497. Also well placed Dario, an ancient name with a classic flavor, which has not undergone great variations over the years: in 1999 it was chosen by 773 parents, while the absolute value of the year 2022 was 509. Note the slight growth of the name Dante Alighieri, which in 1999 had an absolute value of only 38 and which in 2022 rose to 139.