The most beautiful names inspired by love 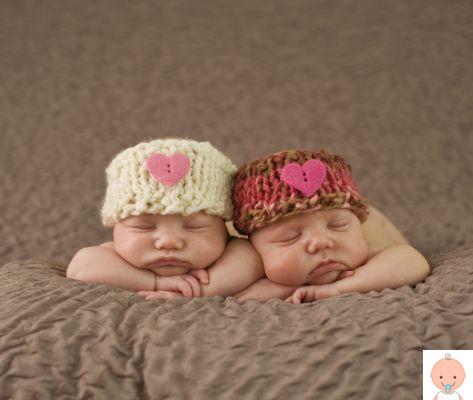 Love, passion, affection are universal feelings, capable of moving seas and mountains and arousing strong emotions. Giving your baby a name that evokes love also means wishing him lots of love in life.


Here are the most beautiful names inspired by love

The most beautiful names inspired by the sea

The meaning of this name is literal: Amata. A little out of date in the country, more common in France with Amèe or Amy in English. The Amanda variant is also widely used

Very widespread in our country. It derives from the Roman surname Valentinus, originating from Valente which means brave, strong, "he who is worth". Valentino is the saint of lovers, he is celebrated on February 14th. Bishop of Terni, of which he is also patron saint, Valentino is the protagonist of numerous legends whose main theme is love

It is a classic name which means very right. In Greek mythology Eurydice was the wife of Orpheus who, upon her death, ventured into her underworld to try to bring her back to life. Her story tells that the only way to get out of the underworld with her wife was for him to never look back to look at her. Unfortunately Orpheus did not succeed in the enterprise and failed a few steps from the exit.

It is a diminutive of the name Giulia. The name remains linked to Juliet Capulet, a character made famous by William Shakespeare's Romeo and Juliet

Romeo derives from the Greek and originally means "originally from the city". Subsequently the term romeo was used with the meaning of "pilgrim traveling to the city". The name evokes love because it refers to Romeo Montecchi, the protagonist of Shakespearean opera.

The most beautiful names inspired by colors

From black to pink: here are the coolest names inspired by colors

The name precisely means Love and is originally from ancient Greece where Erosa was the god of Love.

It refers to the rose flower, a symbol of love. In the language of flowers, the rose symbolizes love and passion. But each color has its own meaning, so be careful!

It comes from the Greek and means "bright", "shining". her fame is associated with that of Roxane, the woman Cyrano de Bergerac was in love with in Edmond Rostand's 1897 play.

The origin is in the Welsh name Gwenhwyfar, and it means "white" and "pure", but also docile and calm. The fame of this name is linked to Queen Geneva, wife of King Arthur, in the work of Chrétien de Troyes. Guinevere fell madly in love with the most trusted and valiant knight of the Round Table, Lancelot.

add a comment of The most beautiful names inspired by love