The most famous urban legends explained to children 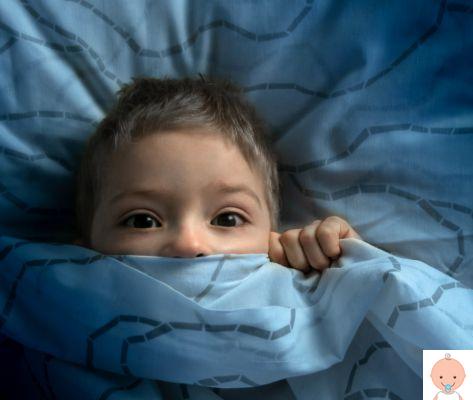 Many fears in children arise from popular beliefs, Metropolitan legends, old tales handed down from generation to generation that have been shaped over time. Many stories like the ones about Friday 13, linked to bad luck, are still very much felt today: children listen to them from their parents and elaborate them in their own way. Others, however, come from fairy tales. But it is not just urban legends: some beliefs that parents, out of habit or conviction, pass on to their children, become part of everyday life. Many are funny, like those told in the 2022 cartoon The terrible urban legends that are handed down to the children of the illustrator Agata Matteucci; others have no scientific evidence and children use them to face fears in a light and playful way, as if to exorcise them.

Read also: How to raise children without fear

Urban legends, the most famous

On the fearsome Friday the 13th, many legends, films, songs and Halloween stories were born: the aura of mystery that this combination carries with it comes from afar. The Friday in popular proverbs it is always a day when it is better to do nothing: get married and leave, for example. And the 13th is an inauspicious day for various reasons: the strongest has Christian roots. The apostles were 13 at the table during the Last Supper with Jesus, a number associated with Judas, his traitor. Even Adam and Eve were expelled from the earthly paradise on Friday; not to mention the tradition of Good Friday, the most bitter day par excellence. Although in some countries even 17 brings bad luck, in reality the 13 is the most felt by the superstitious.

But not only: in Roman times the 17th was also associated with the beginning of the festivities of the god Saturn (Saturnalia) and the Qurinalia, both pagan festivals that anticipated the arrival of winter, the most nefarious season of all for crops and social life.

Fear of the dark in children is perhaps one of the most common terrors among children of all ages. And it is no coincidence that the Black Man, or Babau, arrives right at night. This monstrous being is present in the legends of all regions and villages, with different features and appearance depending on the local tradition. In Valle d'Aosta he is legless, in Puglia he is a mischievous elf, in Lombardy he is the ghost cassico with a black face. But in reality the legend of the Babau is ancient, it has its origins in the past because it is linked to the ancestral fears of man. He has a thousand different names: in America he is called Boogeyman, in Latin America El Coco; in German it is called Butzemann. The black man is so present in folklore that he is also present in the lullaby and the most famous village of all.

An annoying habit, to cross your eyes or to "look wrong" at someone. Parents of all generations, more for educational reasons than ophthalmic, have asked their children dozens of times not to. With a reason: if you meet your eyes, it passes "the angel of death says amen and we remain so forever". Especially in the south and the country this reason is deeply felt and obviously has no scientific evidence. It refers once again to the Christian tradition of the angel of the Apocalypse, who blocks and destroys everything as he passes by without turning back.


The nails of the newborn

How to cut your newborn's nails, but especially when to do it? In some regions of the country, the first cut of the newborn's nails was a very heartfelt event: a person was chosen (often of a lower rank than the child's family) and above all it should never have taken place on a feast day, because this it would bring him bad luck.

We don't eat oranges in the evening

This metropolitan gastronomic legend comes from afar, once again linked to the peasant tradition. Why are some children told not to eat oranges in the evening? In fact, there is no scientific evidence that consuming this citrus fruit after dinner causes digestive problems. Yet one of the most famous proverbs on the subject is "orange in the morning is gold, at lunch it is silver, in the evening it is lead", still today a great truth in some families.