The name Stefano for a child: origin, meaning and curiosity 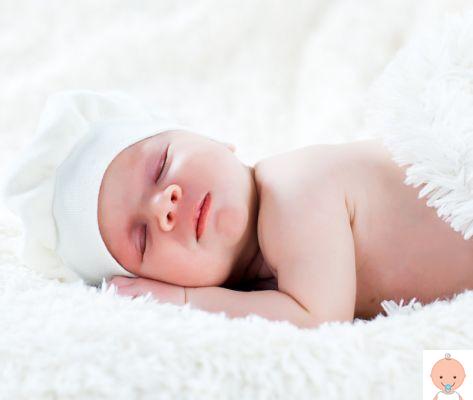 The name Stefano for a child

We are thinking of choosing the name Stefano for a child? Let's find out all about the origins, the meaning, the spread and the curiosities about this male name, whose name day is celebrated, as we know, the December 26th.

Etymological meaning of the name Stefano

The name derives from the ancient Greek and in particular from the term Stephanos, in turn with a reference to Aramaic kelila, which was later Latinized to Stephanus.

The meaning of the word is literally "crown”, Therefore it can also mean, in a broader sense, crowned. In the pre-Christian era, the crown was naturally the most widespread and recognized symbol of victory, while after the martyrdom of St. Stephen it was associated with the wreath of martyrdom, this imposing figure of the Christian tradition.

Il name Stefano refers to a person of great character and energy, always ready to celebrate.

Biblical meaning of the name Stephen

Santo Stefano is celebrated on 26th December in honor of the protomartire (the first martyr). Stephen was stoned, in the presence of Paul of Tarsus before he converted, due to his Christian faith under Tiberius exactly nine months after the martyrdom of Jesus and therefore is considered the first, true Christian to have given his life for the faith of he.

He was the first of seven deacons who were chosen to help the Apostles in the ministry of the Christian faith. His martyrdom is told in the Acts of the Apostles.

O stubborn and pagan people in heart and ears, you always resist the Holy Spirit; like your fathers, so also you. Which of the prophets did your fathers not persecute? They killed those who foretold the coming of the Just One, of whom you have now become traitors and killers; you who have received the Law by the hand of the angels and have not kept it

Stephen spoke these words and then raising his eyes and hands to heaven concluded:

Behold, I behold the open heavens and the Son of man, who stands at the right hand of God

At that point he was dragged out of the city where his martyrdom began.

Because yes celebrates just the day after Christmas? In the days following the manifestation of Jesus the Son of God, the people closest to him on the earthly journey and who had testified to their faith with martyrdom, called comites Christi, were placed in the martyrologue. As on all occasions in which a martyr is celebrated, the color of the robe worn by the priest during Mass on Boxing Day is the red.

Diffusion of the name Stefano

In the town this name continues to be highly appreciated even if less than in previous years: se nel 1999 was the twentieth most chosen name by the el paeseni parents, in 2022 it turned out to be the 43rd. Every year about 1500 newborns are baptized with this name and in our country altogether about 100 thousand people are called Stefano and 40 thousand are called Stefania. The name is more widespread in Tuscany and in general in the central regions of the country.

Curiosities about the name Stefano

In the world of entertainment and the village we can find numerous famous personalities who are called Stefano. Let's see some of them.

Stefano in all languages

The name Stefano has numerous variations in the different ones foreign languages. The male variants are:

Induced birth: how it works and when it is done ❯

add a comment of The name Stefano for a child: origin, meaning and curiosity