The names of Disney princesses: history and meaning 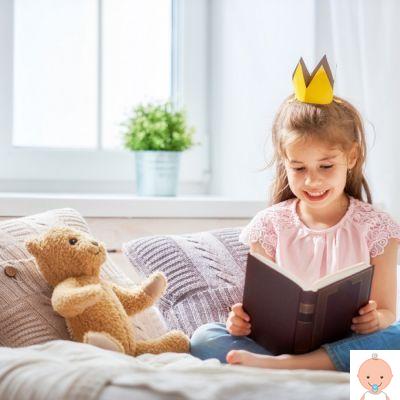 One is coming Sissy? If you are still in the process of choosing the name to give to your little one and you are looking for a compromise between the expectations of the family, which perhaps pushes for a more traditional name, and yours that instead you would like to choose a more original name and perhaps full of meaning and a good omen for your little one, we offer you a decidedly curious guide: a selection of female names taken from the protagonists of the great Disney films and cartoons, with origins and meanings. Who knows what in this list of names of Disney princesses do not hide the name of your little princess!

Da snow-white a Jasmine, Disney princesses have exotic and sophisticated names, but among them also stands out Sofia, the little princess of the small screen who is among the most popular names for girls last year, and the beloved ones hilt ed Anna of Frozen, the Kingdom of Ice.

Quite common name in Anglo-Saxon countries, which in Hebrew means "lion of God". The Disney story tells of the little mermaid Ariel with red hair and a great desire to explore the world outside the water.

Based on the fairytale of Beauty and the Beast, which tells of a girl forced to go to the Beast's castle, and so she will discover that the monster hides a big heart inside and will free him from a terrible curse.

Aurora, the Sleeping Beauty, will wake up after a terrible spell only thanks to the kiss of her prince charming. She celebrates the name day on October 20.

She is the Princess born from the imagination of the Grimm brothers and protagonist of the famous fable "Snow White and the Seven Dwarfs". She bites into a poisoned apple and falls into a deep sleep from which she will awaken only thanks to the kiss of her prince.

She is the protagonist of an ancient fairy tale that became very popular after it was made into a Disney animated film. Cinderella (in the original language Cinderella) is actually not the real name of the young protagonist, but a derogatory nickname given to her by her stepmother and stepsisters linked to the ashes with which the little girl got dirty by cleaning the fireplace and the dishes.

It derives from the ancient Persian and in el paeseno can be translated with the name Gelsomina. She is the protagonist of the film Alladin and is a princess daughter of the Sultan of Agrabah, who falls in love with the young Alladin.

She is the curly-headed and stubborn protagonist of the film "Rebel", a courageous and independent character, very much in step with the times. Her name comes from the Latin.

Mulan is the protagonist of the Disney film of the same name, which is inspired by the ancient Chinese legend of Hua Mulan, which tells the story of a young woman who decides to dress up as a man and go to war.

Little Sofia is the protagonist of a beloved Disney cartoon that tells the rather modern story of a little girl who suddenly becomes a princess because her mother marries a king. The name day is celebrated on 30 September in homage to Saint Sophia, martyr to the city under Trajan. Since 2022 Sofia is the most common female name in the country.

The name is ancient and rose to prominence after the Disney animated film "Frozen," based on an Andersen's fairy tale, had a huge success in the cinema in 2022. Elsa is the queen of the kingdom of Arendelle, Scandinavia. The name is a German variant of Elisabetta and the name day can be celebrated on June 26, Saint Elisa's day.

Elsa's sister is another protagonist of the Frozen movie. Classic name, of biblical and Hebrew origin and the name day is celebrated on July 26, the day in which Sant'Anna, mother of the Madonna is celebrated.

In the Disney cartoon for the small screen "Elena of Avalor", Princess Elena fights against witches and evil spirits. The name Elena of Greek origins. She celebrates the name day on August 18, in honor of Saint Helena empress, mother of Emperor Constantine I the Great.

Protagonist of the 2009 Disney animated film "The Princess and the Frog", based on the story of the Brothers Grimm. Tiana is a young African American who kissing a prince struck by a spell turns, like him, into a frog. The happy ending is not lacking. Tiana is a fancy name and you can celebrate the name day on January 12, when Santa Taziana di la città - Martire is celebrated.

add a comment of The names of Disney princesses: history and meaning