The rights of grandparents to have "meaningful relationships" with grandchildren 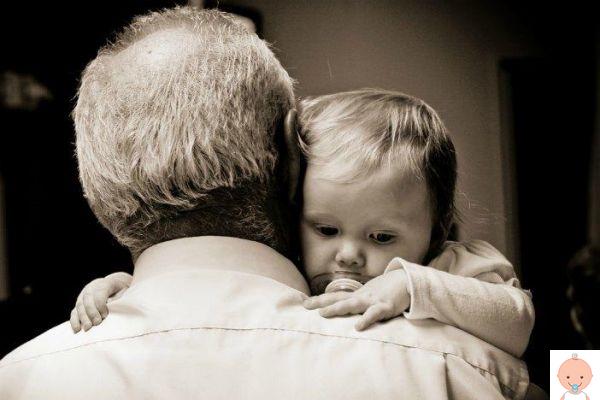 The rights of grandparents

Which rights have grandparents if one of the children separates or divorces the spouse? Can they ask to see their grandchildren or is it up to the parents to decide? The right of grandparents to "keep", or to preserve and continue, i "significant" relationships with underage grandchildren even in cases where the normality of relations is prevented, it is a delicate issue that has been debated for a long time in recent years. Our legal system provides grandparents with a legitimacy to take legal action, in the event that the exercise of the right is prevented, so that the most appropriate measures are adopted in the exclusive interest of minors.

The right of grandparents to see their grandchildren

The issue of the protection of grandparents, in relations with grandchildren, when the parents of the latter separate or divorce, is always very delicate: because if it is true, on the one hand, that we are talking about direct relatives, on the other the law he always recognizes "the last word" to his mother or father. The art. 315 bis of the civil code recognizes the grandchildren right to "grow up in the family and to maintain meaningful relationships with relatives" regardless of the existence of the marriage bond of the parents and also outside the regulated cases of family crisis. Instead, art. 337-ter of the civil code establishes that the minor child has the right to "maintain significant relationships with the ancestors and with the relatives of each parental branch".

Also read: The things grandparents should never do

This provision, while not attributing to grandparents an autonomous "right of visit "to grandchildren, gives them a precise juridical importance to the preservation of the emotional relationship whose existence and protection are independent of the presence of a crisis in the relationship between the parents even if the activation of the procedure still seems to require a lack of collaboration of one or both of them in a regular attendance of grandchildren with grandparents. Obviously, art. 317 bis of the our Civil Code is always delimited by the principle of "exclusive interest of the child"Which the judge will have to comply with in taking the measures he deems appropriate.


The recent decree (November 2022) of the Juvenile Court of Venice intervened in this legal framework, which significantly compressed the scope of the right of grandparents to maintain meaningful relationships with grandchildren in the event of a separation between the parents. In the case in question, the maternal grandparents of a child have taken legal action complaining that the father prevented his daughter "absolutely" from maintaining meaningful relationships with the ancestors. The judges, accepting the theses of the father in court, rejected the request of the grandparents. According to the Court, it is the same text of art. 317 bis to impose on the judge the adoption of the “most suitable measures in the exclusive interest of the minor” and not “those most suitable to satisfy the wishes of the ascendants”. In the case in question, the judges did not consider that the minor was prejudiced and rejected the appeal. The decree of the Juvenile Court of Venice is certainly destined to cause discussion as it provides a very restrictive interpretation of art. 317 bis cc which disregards the expectations of many grandparents who, despite themselves, suffer the negative consequences of parental conflicts.

How often do grandparents have to see their grandchildren?

The right of grandparents to associate with grandchildren is not absolute and unconditional: if the minor expresses discomfort, the judge's decision must take this into account in order to guarantee him a balanced and serene growth.

From the point of view of jurisprudence el paesena regarding the right of grandparents to see their grandchildren, an important sentence is that of the Civil Cassation, n. 4253/2022. In this ruling, the judge of last resort denies compensation for damage in the event of damage to the relationship between grandfather and grandson if there is no cohabitation between the two. The sentence deals with the "damage from loss of the parental relationship", damage that has a double value: patrimonial and non-patrimonial, above all the latter, understood as the psychological injury that the minor, deprived of the relationship with the grandparents, suffers. is considered by the jurisprudence as a natural consequence of the loss of the parental relationship. However, it should not be forgotten that another sentence of the Court of Venice held that, in a situation of family crisis where grandparents were deemed able to build a peaceful relationship with the minor , the relationship between grandparents and grandchildren was a "necessary baggage of cultural experience that minors must have in view of a complete formation of their personality." In this case, the grandparents 'complaint was accepted, thus sanctioning the grandparents' right to see the grandchildren.

As often happens in complex and heterogeneous realities such as those of family relationships, the legal consequence is the result of the interpreter's work and cannot be easily established ex ante. However, it can be argued without any doubt that the right to a relationship between grandparents and grandchildren, where this may be in the interest of the child, it is certainly enshrined in the law.

Rights and duties of grandparents

More than "right of visit" it can be said that grandparents have, by law, a legitimate interest in ensuring that the continuity of the relationship with the grandson is guaranteed, and will be able to appeal to the judge to see him protected. Therefore, since the law tends to protect only the child's good, the grandfather's interest in seeing his relationship with his grandson protected can be accepted by the judge only to the extent that the breaking of the bond has had negative repercussions on the development and growth of the child. minor himself. Although grandparents often spontaneously provide their financial contribution to their children to help them, the general criterion is always that according to which the "duty of maintenance" of the children belongs, in the first place, to the parents. However, grandparents will be required to make their own financial contribution when both parents are unable to do so. However, this is an obligation that arises when the parents find themselves in a situation of objective insufficiency of means, that is, of a real and effective inability on the part of both to provide for their duties.

When to prevent grandparents from seeing grandchildren?

The parent cannot prevent the grandfather from dating the grandson but it is up to the judge to decide what is best for the child's interest. The right to significant relationships with minors, as already analyzed, it can be exercised only if the judge ascertains that the attendance of grandparents is good for the minor. The solution therefore presupposes the completion by the judge of real investigations into the family and, necessarily, listening to the minors so that their will and needs can emerge. This principle is also valid in other countries, as expressly recognized by a recent ruling by the European Court of Human Rights. The latter equated the role of grandparents with that of parents, providing for the obligation of each State to favor conciliation between grandparents and minor grandchildren, always having regard to the interests of the latter. The grandparent-grandchild relationship is in fact among the family ties protected by the European Charter of Human Rights. Therefore, grandparents can always turn to the national court to express their protection needs and possibly obtain recognition of the right to visit and the obligation of the parent to allow it to be implemented. However, it should be noted that the recognition of the rights of grandparents must be reconciled with the protection of the minor. If the latter is abroad, the practical exercise of the right of access is very complex and the internal authorities of the individual states must intervene. The judge cannot in fact oblige the minor to return to the country since this could in any case destabilize him; nor in any case can he force him to see his grandparents. The issue is very delicate and it is therefore appropriate to turn to the Court to obtain an optimal solution that protects on the one hand the rights of grandparents and on the other the well-being of grandchildren. It is advisable that parents undertake not to exploit to their own advantage (because they may experience a conflict with their grandparents) objective circumstances, sometimes painful for their children; certainly the desire of a grandfather - as well as of every figure close to the child - to take care of a grandson can only be an enriching factor in the life of a minor. The parent's task is to know how to go beyond his own resentments, favoring family reunification for the sake of the little ones..

What can grandparents do to defend the rights of their grandchildren?

The ascendant who is prevented from exercising this right may have recourse to the judge of the place of habitual residence of the minor so that the most suitable measures are adopted in the exclusive interest of the minor. The grandparents, paternal or maternal, can therefore appeal to the judge, in order to obtain those measures suitable for a protect the rights of minor grandchildren ad to have healthy relationships with one's ancestors. What should be noted is that the right of minors to have a stable relationship with their relatives is protected and not the right of grandparents to enjoy their grandchildren. The Juvenile Court of the place of residence of the minor grandchildren is competent to judge these legal issues. In conclusion, priority must always be given to the child's well-being and to his serene and balanced growth. Therefore, in the event that it is the minor himself who expresses the desire to avoid or entertain relationships with grandparents, the judge can only decide according to the wishes of the minor.

The most common ailments and pains in the post-partum period ❯