The second pregnancy is easier for the immune system 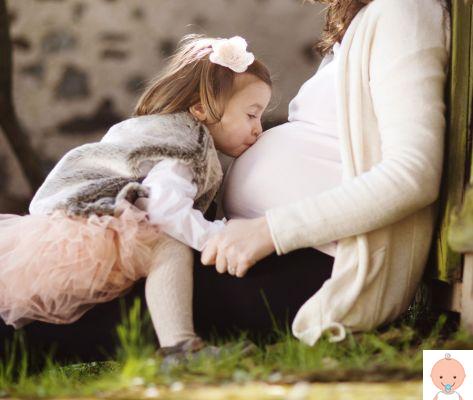 The second pregnancy is easier

Research conducted on some mice by scholars of the Cincinnati Children's Hospital Medical Center and published on the authoritative magazine Nature science found that the first pregnancy it is the most difficult for a woman's body, but that already from the second the organism is more trained and more capable of managing pregnancy and the growth of the fetus.

For what reason?
According to what American scientists have observed, the immune system maternal develops, after the first pregnancy, a certain type of cells that protect the fetus and in the reckoning they prove to be very useful for the second pregnancy.

In mice, in fact, during the first pregnancy there was an increase of even 100 times in the number of T cell.
It is a special type of immune system cell that protect the fetus because they work by recognizing the antigens produced by the fetus and suppressing the immune system's response against it.

In short, there is no doubt that the fetus is an element for the maternal organism stranger and therefore the immune system could potentially try to fight it.
For this reason the maternal organism during the first pregnancy produces a high number of T cells responsible for protecting the fetus.
And the number remains high in the five years following the first pregnancy, so that, in the event of another gestation, the levels of T cells are ready to perform their important protective function.

The discovery promises to be interesting because it could be a starting point for developing effective strategies to combat spontaneous abortion or the preeclampsia.

The safety of children in the car, out and about, at home ❯