The suction cup and forceps: when to use them and with what risks 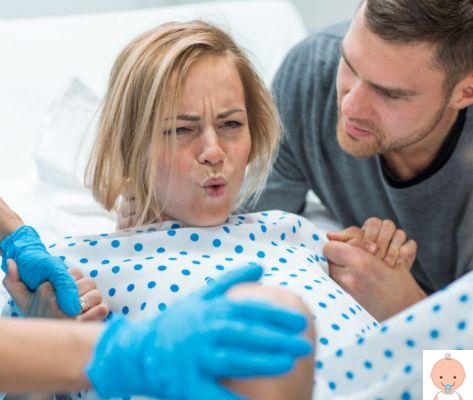 Sometimes natural childbirth stops right during the last stage: the expulsive one.

The woman is completely dilated, but her ineffective contractions, the use of epidural anesthesia, or her lack of cooperation due to fatigue determine a difficulty in the final thrusts and the baby's head, even if well positioned, does not descend. It is in these cases that they can be used sucker and forceps during childbirth.

If the baby's head is not too high, or the woman's pelvis too narrow to pass the fetus, the doctor may decide to make operating childbirth by acting effectively using tools that allow the child's head to descend, accelerating expulsion times.

Il scissors it was invented in the distant 1600 when it was discovered that it could be useful to make the baby's head go down. The forceps consists of two crossed metal arms that work like a big pliers able to encircle the baby's head, favoring the escape of the same in a short time.

How to have a peaceful and natural birth

Do you want a "zen" birth? Here are some useful tips

Using forceps is not a totally risk-free action, the little one can have abrasions on the face and ears and the mother can also suffer skin lacerations and therefore it is little used, doctors prefer to resort to a cesarean ( if this is possible) or to the sucker which is the second tool available to doctors to facilitate the expulsive phase of childbirth.

Read also: I leave without assistance

Use of the suction cup during childbirth

La sucker was invented in the XNUMXs and uses a metal cup applied at the end of a pump that is inserted into the vagina and applied directly to the baby's head. The suction cup firmly applied to the baby's head has a handle positioned on the external tube and the doctor through this pulls the head by rotating the baby until it comes out completely.

As with the forceps, the expulsive phase of the child is still performed following the natural rotation that the child's body performs in expulsion. This method is safer for the mother's and baby's tissues. The only drawback is that the baby may have a head lengthening caused by the use of the suction cup pump, but this alteration disappears without leaving any traces in the days following the birth.

Forceps and sucker in Italy

It's been years since the suction cup and the forceps they are not used frequently in the delivery room. The scissors it is hardly used anymore, explains Enrico Ferrazzi, director of the Woman, mother and newborn department at the Buzzi Hospital in Milan, while the sucker it is used in 10-20 percent of cases to change the position of the baby's head and facilitate expulsion.

In Italy today the 'kiwi' suction cup is mainly used, with a smaller plastic cap that does not exert as much pressure as the old suction cups, but merely modifies the axis of the head. The forceps was abandoned because the indications for its use are now those for Caesarean section

The villocentesis, when it is done and what it is used for ❯

add a comment of The suction cup and forceps: when to use them and with what risks